Speedify LIVE: Camo – Use your Phone as a Webcam 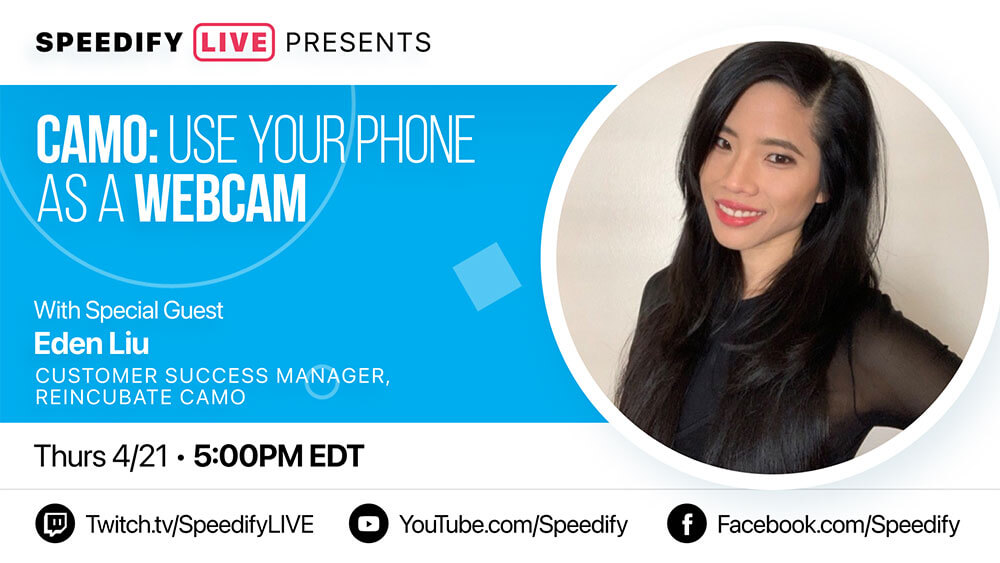 Using Your Phone as a Computer Webcam

On the 75th episode of Speedify Live we’re joined by Eden Liu, head of the Customer Success team and community at Camo, the software that lets you use your phone as an HD webcam for livestreaming and video calls.

Eden joins us to talk Sixers, how she ended up working for Camo at Reincubate, and of course all things Camo and streaming.

Here are our 5 takeaways from our chat with Eden:

I know it sounds kind of cliché, but I feel like all of my past experiences brought me to this role here at Camo because my main role is to make sure our customers have a great experience with Camo and also to connect with our customers.

Join us live with Eden Liu from Reincubate Camo, the software that lets you use your phone as an HD webcam for livestreaming and video calls!