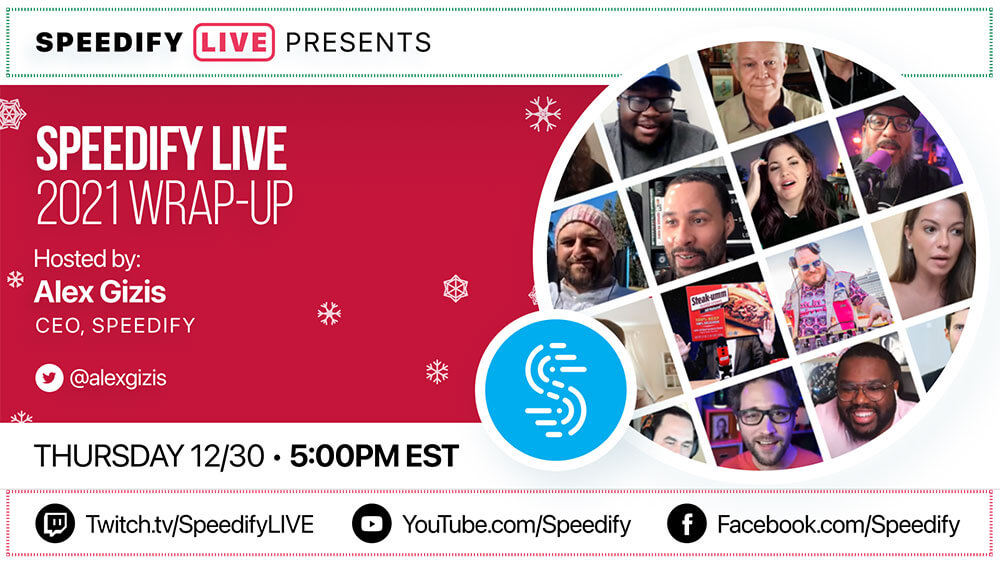 2021 Year in Review for Speedify Live

In the 41st episode of Speedify Live, which is also the final episode of the year, we look back at 2021 to discuss the best and worst of our livestreaming experiences so far.

We are joined by Speedify’s own Cristian and Ryan to take a look at how our equipment has changed over time, our biggest fails and Streamergencies, and discuss personal favorites from our 40 streams thus far.

Here are our 5 takeaways from our livestream wrapping up 2021:

Let’s wrap up this year on Speedify LIVE! We’ll be looking back at our best Speedify LIVE events from the past year.