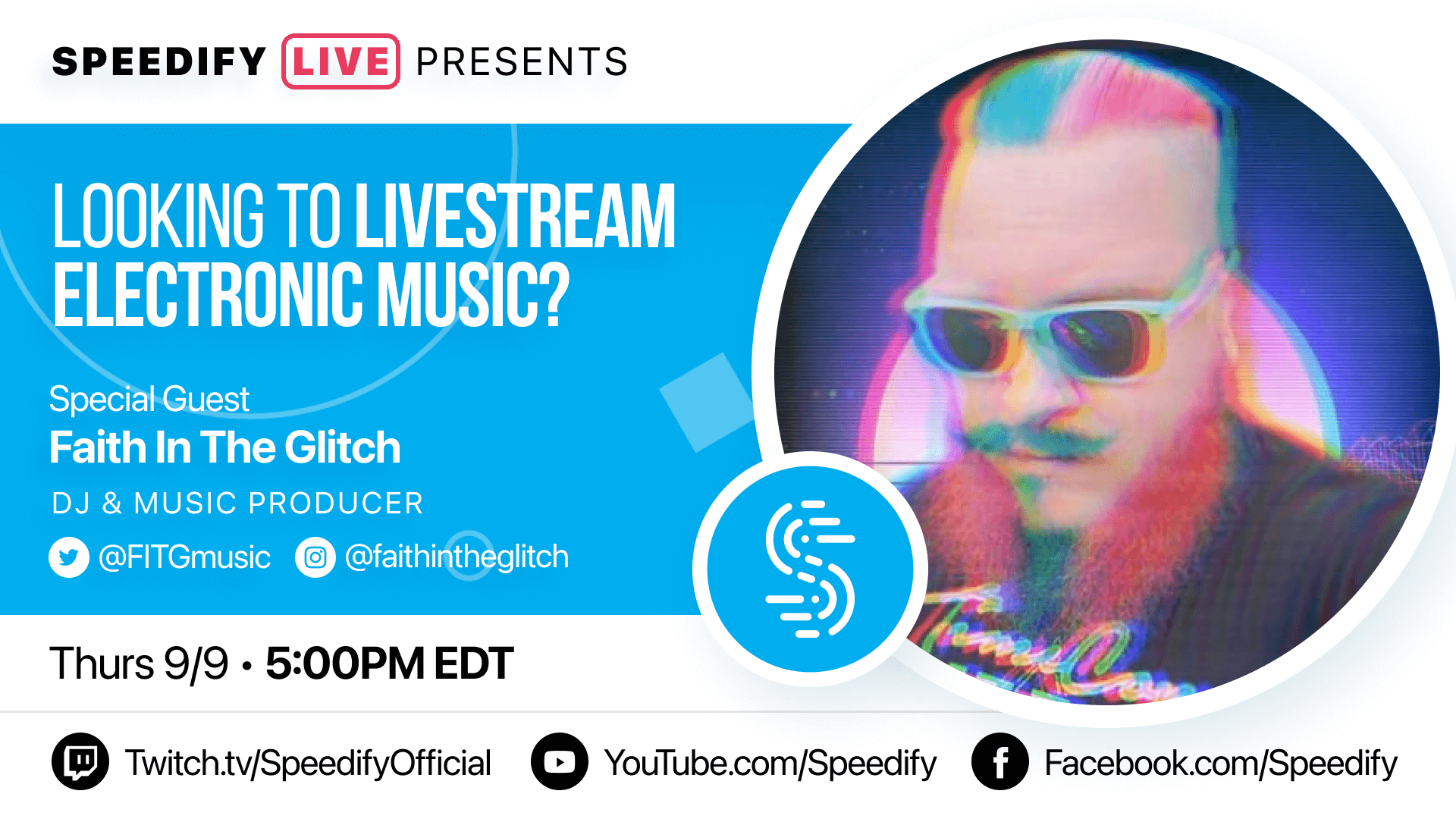 How to Live Stream Electronic Music

Faith in the Glitch, based in New York City, is creating DJ sets and musical experiences for people on Twitch and YouTube. He's into electronic dance music, entertaining people online with synthwave, electroswing and other related genres.

Here are our 5 takeaways from our talk with Faith in the Glitch:

If you lose Internet connection during a stream, you'll lose your audience. They'll switch to something else, there's too many entertainment options. So I just pulled out one of several hotspots I have, hooked it up, cranked up Speedify and it has never been a problem since!

Join us for live discussion and Q&A with Faith In The Glitch, synthwave and vaporwave DJ and music producer, as we discuss livestreaming electronic music and the importance of connectivity for virtual concerts.