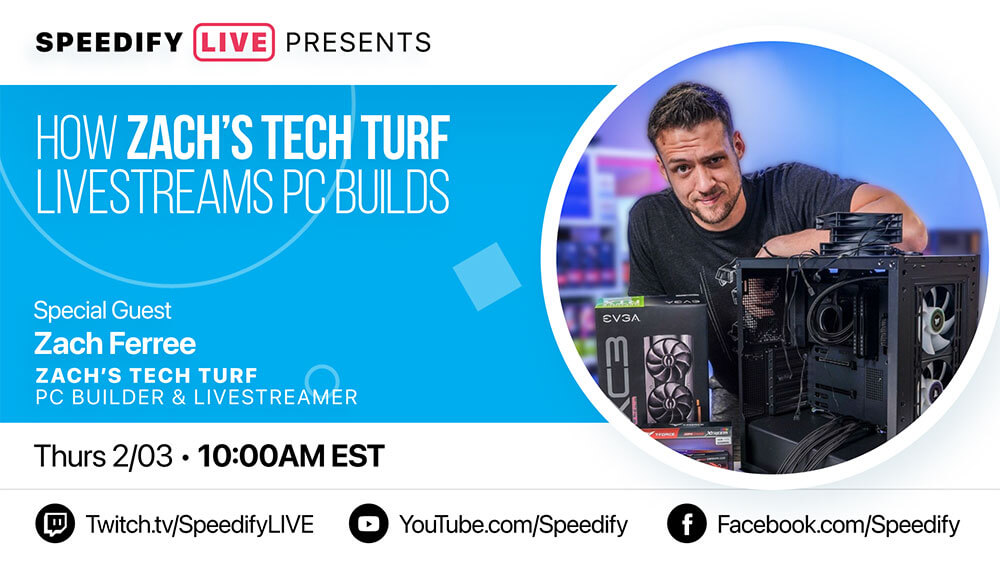 Living the PC Builder Dream and Live Streaming It

On the 49th episode we take a look at the world of PC building with Zach Ferree, the mind behind Zach’s Tech Turf on YouTube and Twitch, who even builds a budget gaming PC just for our stream!

Zach tells us about his experiences in the world of “TechTubers”, why he’s chosen to stream to multiple platforms, and how he might use Speedify in the future.

Here are our 5 takeaways from our PC Building stream with Zach Ferree:

I do my absolute best to make sure that every budget PC is aesthetically very nice. But also, I like to keep things practical, and casual, and I’ve never made a video that really stresses on the single digit performance gains. That’s just not something I stress over.

Join us live as we talk to livestreaming PC builder and tech YouTuber, Zach Ferree from Zach’s Tech Turf!