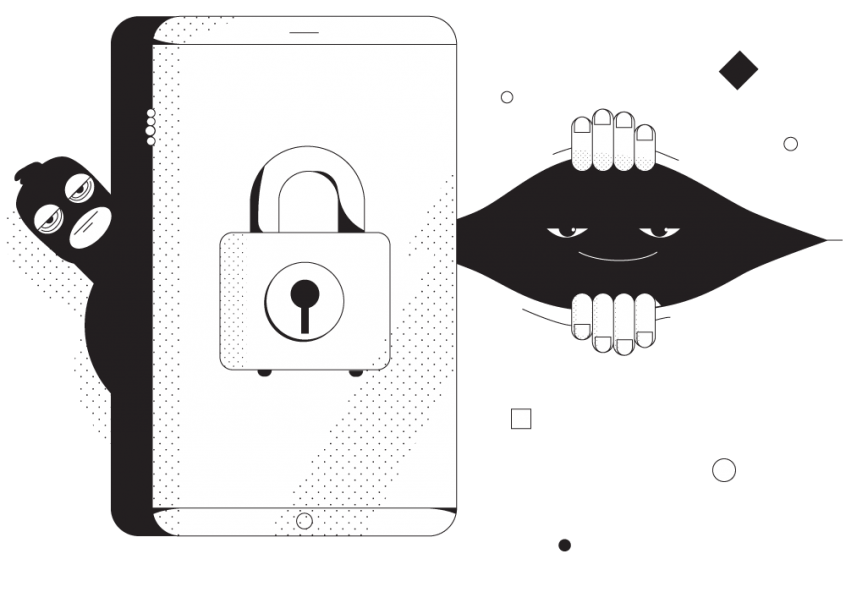 The short answer is to keep your data private and safe while not slowing down Internet. VPNs or virtual private networks have been around for a long time. They encrypt all of the data sent and received from your device. This means that if someone was trying to snoop on your Internet traffic all they would get is scrambled bits of data. They wouldn’t be able to tell what site you were visiting, what information you exchanged, or even what your passwords are.

Let’s take public Wi-Fi networks as an example, where you are particularly vulnerable. You never know how secure these networks are. One common scheme called the man-in-the-middle attack involves someone setting up a fake Wi-Fi server and trying to trick your iPhone into connecting to it and asking for some login credentials. The thief captures your username and password without you having any idea that your security has been breached.

When you use a VPN on your iOS 14 iPhone or on your iPadOS 14 iPad, you are protected from these kinds of attacks.

The problem is VPNs have not changed much in the past ten years. Almost all VPN systems slow down your Internet connection because of the security protocols they run. However, there’s a solution: the new generation of bonding VPNs runs faster and does much more than simply encrypt your data – they also get you a more stable and fast Internet connection.

From your iOS / iPadOS 14 iPhone or iPad, head on to the Apple Store and download Speedify (you can also use our website for other platforms: Android, Windows, macOS or Linux). After it gets installed, you can start using it.

Yes, it’s that simple – we’ve worked together with Apple engineers to make the best channel bonding VPN for iOS 14 setup process as simple as possible.

We take your privacy seriously with our next generation VPN: Speedify does not log anything you do online while using our service (read the full Privacy Policy here). You can rest assured that your communication is 100% safe and private!

Plus, as mentioned above, you’ll be able to combine all active connections on your iPhone of iPad at once! Watch the video below to see how to bond WiFi, cellular and Ethernet on an iPhone using Speedify!

Speedify is the flagship of the new generation of VPNs. Speedify solves all of the biggest VPN problems while still delivering advanced privacy. It allows your iOS 14 device to connect to the Internet through both a Wi-Fi and a mobile data connection at the same time. This means that you have more bandwidth – your Internet connection becomes blazing fast – and also it will be more stable.

Speedify works in the background, monitoring the quality of your connections. With a standard VPN if your Wi-Fi signal became unstable you would immediately be disconnected. But, with Speedify if your Wi-Fi connection does not work or goes down, all the traffic is automatically rerouted to cellular data. When Wi-Fi comes back online, Speedify will start using it again.

You can avoid buffering issues when streaming movies. You can get lightning fast page downloads. You also get the confidence of knowing that your FaceTime call won’t suddenly be disconnected because of your VPN or Wi-Fi issues. Speedify works with all your iOS 14 apps, making sure they get a fast and reliable Internet connection with no additional setup necessary.

The Internet is still a dangerous place. The best way to protect yourself is to always use a VPN on your mobile device. Thanks to Speedify, you can now stay safe with a VPN that won’t slow you down or disconnect you.