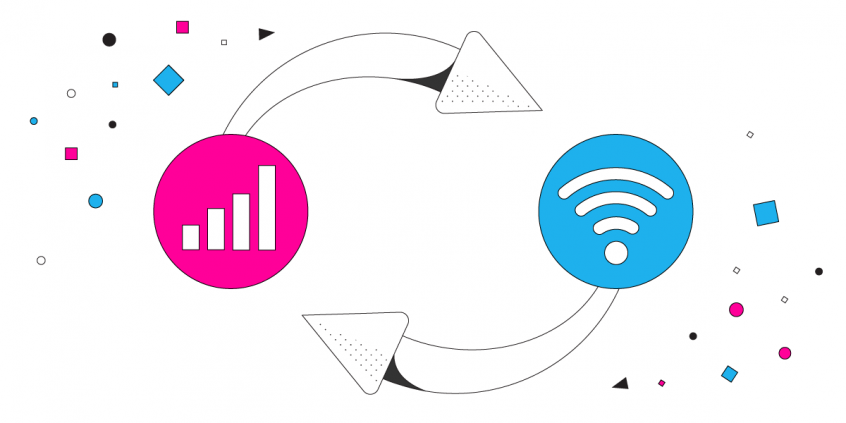 The VPN That Doesn’t Disconnect When the Internet Connection Drops

If you’re using a VPN service, you’ve probably seen it disconnect when the Internet connection drops. That would be fine, except that when the Internet is restored, most VPNs remain inactive, leaving your private information exposed.

Speedify is a next generation fast mobile VPN that uses channel bonding technology to combine multiple connections. So, basically, you’ll never be offline again – what are the chance that all Internet connections drop at the same time? Plus – you’ll experience faster Internet with increase bandwidth and lower latency for data-“hungry” apps such as live streaming on Facebook, Twitter, YouTube, Instagram, Twitch, online gaming and others.

Leaving aside the patent pending technology – curious how we test Speedify to make sure it sticks to its promises? Read below!

In our development process we use a lot of network diagnostics tools that are available on the platforms we support: Windows, macOS, Android and iOS.

At some point in time, we found there was a real shortage of mobile network diagnostic tools that could tell us just how well our new VPN with link aggregation capabilities was working on iOS. Being born with a strong “geek” gene, we decided to build the tool we needed ourselves.

So, this little app we developed has helped us test Speedify while walking the streets of our home town, Philadelphia, testing. And now it’s no longer a secret internal app for iOS network diagnostics – it’s available for everybody: meet Pingify!

Pingify works with any iPhone or iPad, and any VPN service of your choice. The important thing is for you to know how reliable that VPN is and be happy with that.

By using the Pingify data we gather during real world Speedify tests (e.g. walking down the streets, streaming from the train or bus, stumbling upon a bad WiFi hotspot, encountering poor network coverage, etc.), we can do a lot of optimizations to our Speedify app, such as:

When running a test, Pingify works by sending small amounts of data (pings) to a remote server and waiting for a reply. By assessing those replies – if they come back and how fast they do – we get an idea about the speed and reliability of a particular Internet connection. The app delivers detailed logs with time stamps and location coordinates, so we can always analyze the data at a later date.

Pingify allows us to determine how each Internet connection is performing in terms of latency (ms) and reliability (%) – WiFi, LTE and VPN. For Speedify in particular it’s most important to watch how reliable it is and whether the secure VPN connection resumes running after the iPhone or iPad switches connections.

As you can see, there is real world testing going on at Speedify to constantly improve the product. Pingify is just one of the tools we use and now you can test it yourself with the VPN of your choice! But remember – the best VPN for speed, security and reliability is still Speedify!