Speedify LIVE: How to Run a Live Beer Podcast, With Doug Piper 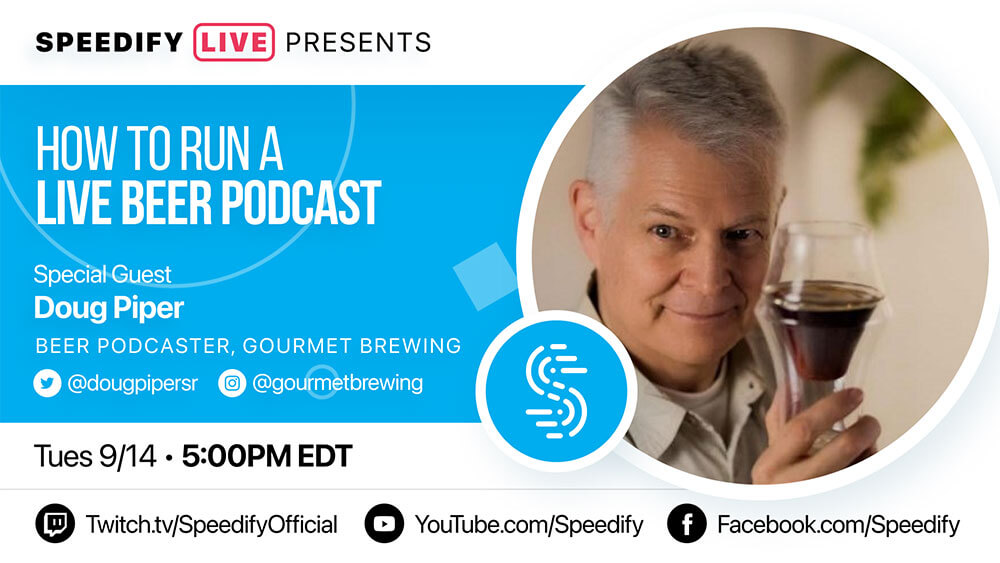 Doug Piper is an airspace engineer by profession, but has been a beer aficionado for some time, which led him to become a certified beer Cicerone. He enjoys learning about beverages, their perception and how to enjoy them best.

In this 17th episode of Speedify Live, Doug shares about his gourmet brewing experiences, live streaming event best practices as well as his live streaming setup and learnings.

Here are our 5 takeaways from our talk with Doug Piper:

I never realized that I had lost all network connection because Speedify just made it so seamless I never knew it. As a matter of fact, I started looking and I asked myself why my network  is down and why I am still seeing people on screen.

Join us for live discussion and Q&A with Doug Piper, certified Cicerone and host of the Gourmet Brewing beer podcast, as we discuss livestreaming beer and the importance of connectivity for live events & podcasting.