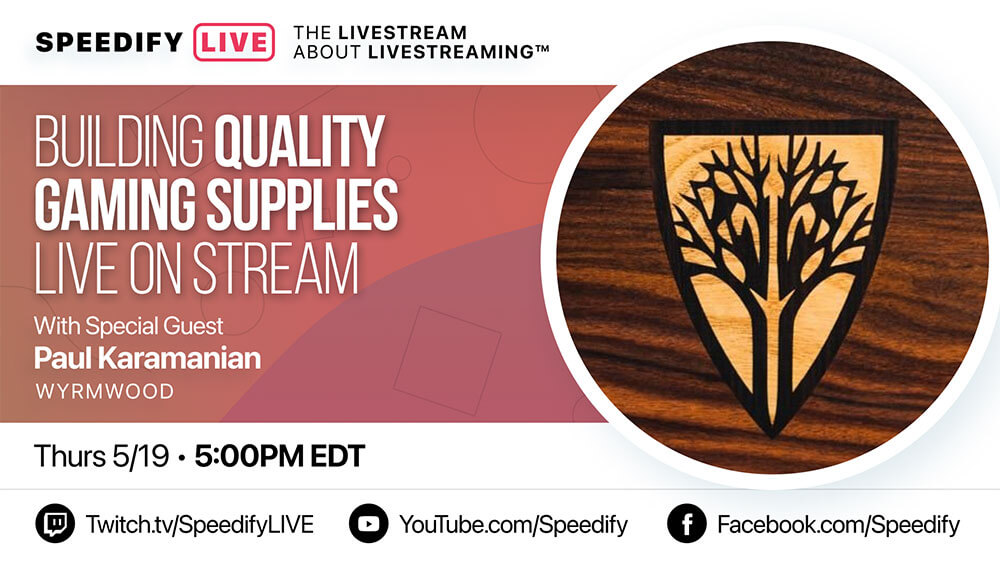 On the 85th episode of Speedify LIVE we take a look at the world of tabletop gaming, as we're joined by Paulie from Wyrmwood Gaming, a quality gaming supplies & furniture company that grew their brand through livestreaming and Kickstarter campaigns.

We discuss why the company chose Kickstarter, how Wyrmwood's streaming and community has evolved over the years, and how they may be using Speedify for some upcoming streams!

Here are our 5 takeaways from our chat with Paulie:

We have our Wyrm Lyfe, which is our YouTube vlog that kind of shows the transparency, the ins and outs of building a company. It's all about transparency, that's really what it boils down to.

Join us LIVE with Paul from Wyrmwood Gaming, the quality gaming supplies & furniture company that grew their brand through livestreaming and Kickstarter!