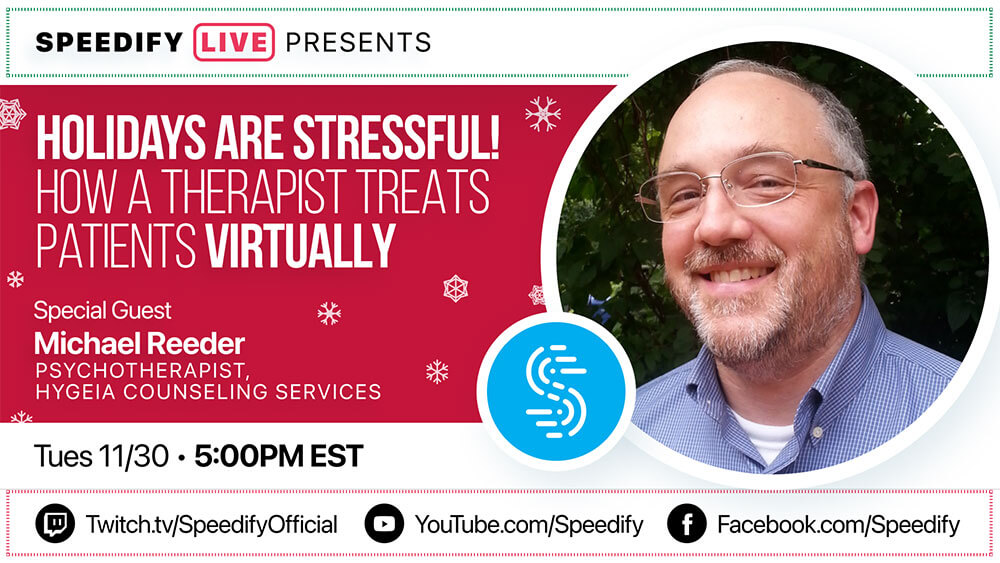 How to Reduce Stress During the Holidays

During the pandemic many of us have faced a lot of stress, fear, anxieties and even depression due to a variety of reasons. As a result of the ongoing situation and the growing need for help, mental health counseling has mostly moved online.

The guest of the 33rd episode of Speedify Live is Michael Reeder, a licensed clinical professional counselor and psychotherapist. He treats various mental health issues ranging from depression and anxiety, to trauma and ADHD, among others. He shares his experiences with online therapy, technology, and what he’s learned over the course of this strange period.

Here’s out 5 takeaways from our conversation with Michael Reeder:

I have clients with emotional support animals. Especially if someone's lonely, having a pet during the holidays helps with the loneliness. The pet is company, it has a personality. They really do help with depression.

The holidays are stressful! Everyone could use a little virtual therapy this time of year. Find out how therapist Michael Reeder, MS, LCPC, treats his patients virtually with the help of Speedify. 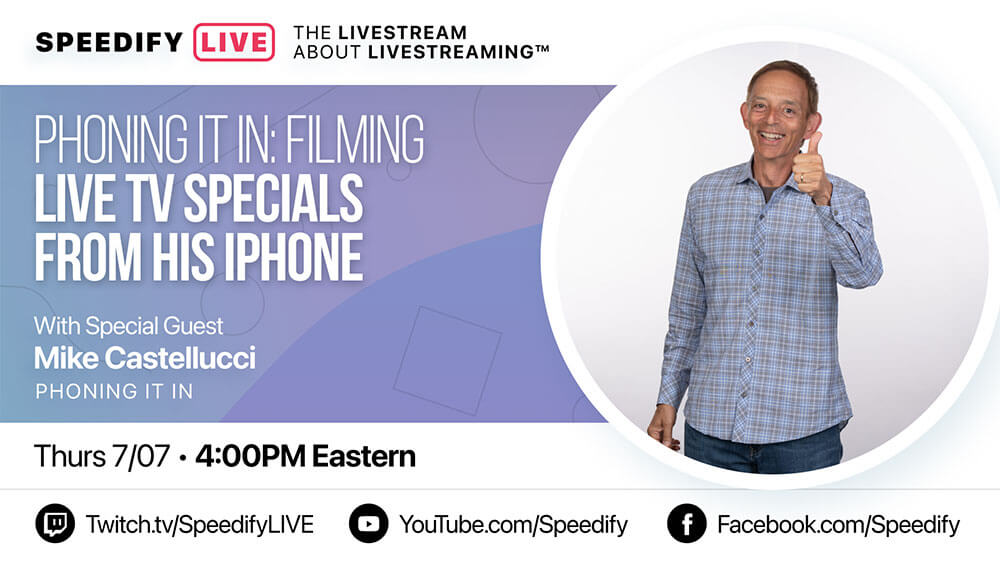