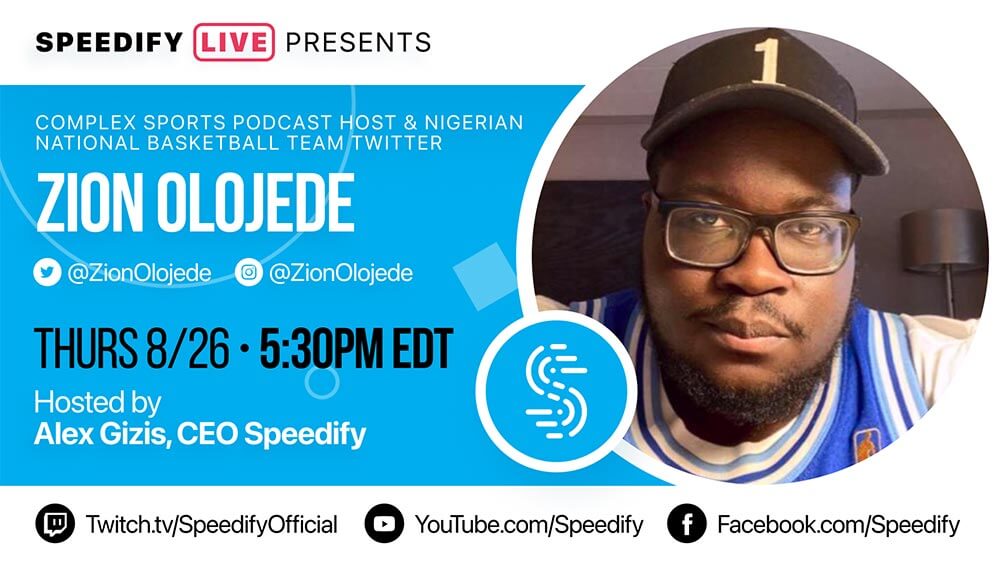 Zion Olojede wears multiple hats - he is one of the hosts of the Complex Sports Podcast, as well as the person behind the Nigerian Men's Basketball Team's Twitter account.

Find out more about Zion himself, some memorable basketball moments and about being successful on Twitter by watching this episode of Speedify Live.

Here are our 5 takeaways from our chat with Zion Olojede:

Ben Affleck just continuously retweeted and liked our stuff, he followed us... I was just like "oh, wow, that's random, but I definitely appreciate all follows".

Join us for live discussion and Q&A with Complex’s Load Management Podcast host and admin of the official twitter of the Nigerian Men’s National Basketball Team, Zion Olojede.