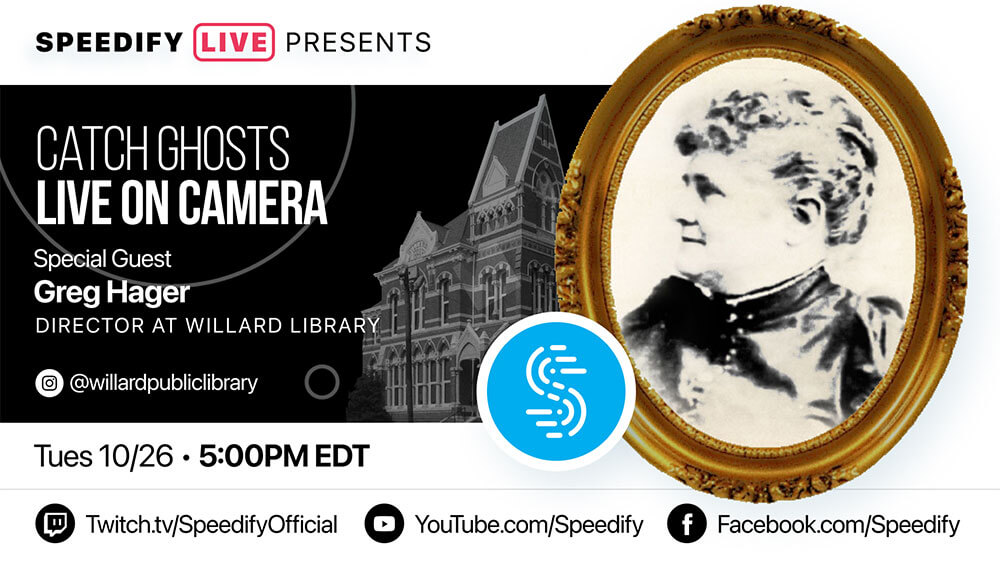 The Willard Public Library, located in Evansville, Indiana, is the oldest of its kind in the state. Due to ghost sightings testimonies in the library building, they decided to put up streaming webcams so people all over the Internet could see that. The first webcam was put up over 20 years ago, in 1999. Today, in 2021, multiple cams with recording ability are available.

We are joined by the library’s director, Greg Hager to learn more about the history of the building, all the ghosts that haunt it, and how they started their own Haunted Library Livestream.

Here are our 5 takeaways from our virtual visit to Willard Library:

If you don’t want to check with your provider every year, and still want to avoid any Streamergencies, Speedify can help your livestreams by combining your internet connections for better speeds and stability.

We have fiber optic Internet here in the library, for the ghost cams. We review that on an annual basis with our provider, to make sure we're not inconveniencing anybody because of slow bandwidth.

Join us for a spooky Live Discussion and Q&A with Greg Hager, director at the Willard Public Library, home of the Grey Lady Ghost. Every year the library broadcasts livestreams from every room to track down the apparition!