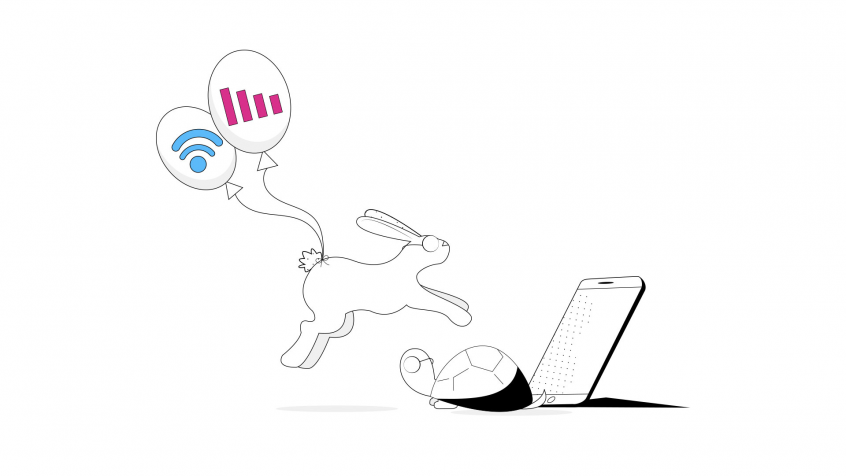 Does your VPN slow down your Internet connection?

One of the biggest myths of using a VPN connection is that you have to choose between speed and security. That may have been true once upon a time, but now thanks to Speedify, you can enjoy a VPN connection that is fast and secure.

Why Your VPN is so Slow

Conventional VPNs are invariably slower than your regular internet connections because every data packet was encrypted and unencrypted through a remote server. These VPN connections also narrow the number of “channels” your data could go through.

If you are using a tablet or a mobile phone, the issue is even more pronounced. These devices, by default, only allow you one internet connection at a time. When you are on a VPN, all your traffic is being encrypted, while also being forced through either a wifi connection or a cell signal connection. It’s a little like trying to fill a swimming pool through a straw. No matter how much capacity you have waiting; the straw can only handle so much water at a time.

Boost your VPN Speed with Speedify

Speedify is built on the strength on an industry-leading mobile VPN backbone. Speedify was designed from the ground up to increase VPN speeds, without compromising security.

When you run Speedify on your tablet or mobile phone, it opens up the full capabilities of your device. Instead of forcing all your data through only the wifi or only your cell connection, Speedify uses both internet connections simultaneously. This allows you to surf the web, even on a VPN, at incredible speeds.

Speedify is also equipped with auto failover. If either of your connections becomes unstable, or is terminated, Speedify automatically reroutes all data through the remaining connection until your second connection can be reestablished. Speedify does all this in the background so you can enjoy a smoother, more stable VPN connection.

Why Speedify VPN is Better

Speedify understands that you use a VPN for safety and security. The Speedify mobile VPN experience provides you with all the safety you expect out of a VPN. Speedify uses cutting-edge digital encryption to keep your private data private.

Speedify can also be used to help protect your laptop, and improve your laptop VPN experience. All you need to do is run Speedify on your IOS or Android device and tether your laptop to your device. You can now share a secure lighting fast VPN connection with all of your devices.

If you are tired of a slow VPN connection, that turns using the internet into a painful experience, you need to try Speedify right away. Speedify can be downloaded from the AppStore or from Google Play.

Isn’t it about time you stopped sacrificing speed for security? Download Speedify today and enjoy both.