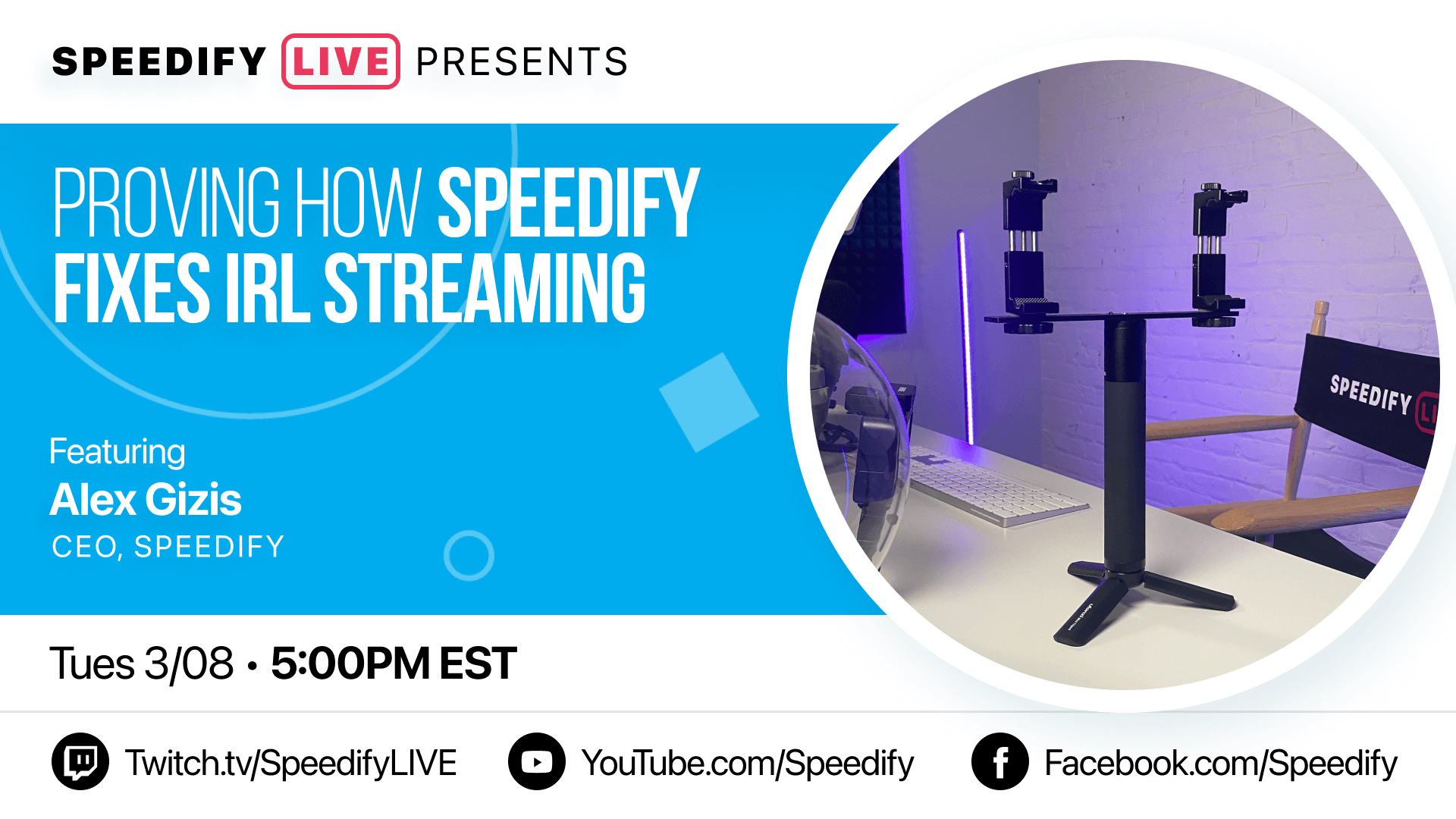 On the 58th episode of Speedify Live we take yet another look at our IRL streaming setup, this time focusing on how we actually test it all to make sure it works.

We show off the different test setups we have used, and demonstrate what we’re testing with currently and how stream quality compares between livestreaming with and without Speedify – spoiler: the difference is huge!

Here are our 5 takeaways from our IRL setup demo stream:

One of the things that we’ve done with Speedify recently is that it detects what looks like a livestream. And it immediately prioritizes the packets that are part of the livestream.

Let’s take a behind the scenes look at our testing setup to prove with side-by-side footage how Speedify works to improve mobile IRL livestreaming!