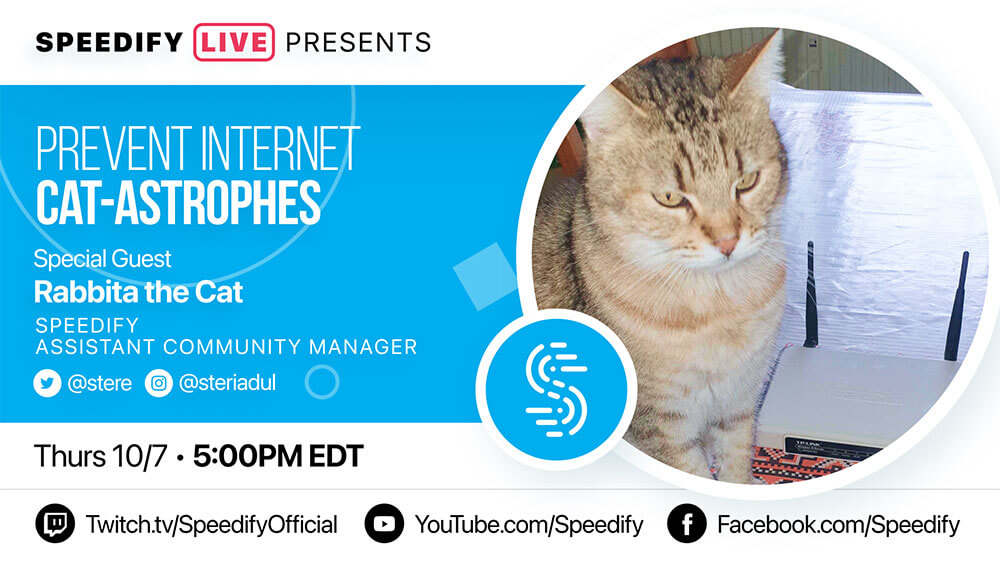 Of Cats, Technology, Public Transport and Running for Mayor

The 21st episode of Speedify Live is our weirdest episode yet, as we’re joined by Cristian Miculi from Speedify’s marketing team, who is definitely a cat person, taking care of nine cats total! Having grown up with cats, he became so used to having them around that now he considers a home incomplete without a pet – or in this case, a cat.

Cristian introduces us to his cats, shares his hobbies and side projects, and demonstrates how Speedify can help your livestreams.

Here are our 5 takeaways from our chat with Cristian:

I don't consider a home to be complete without a pet - in my case - a cat. There are nine of them in my life now, all adopted.

Join us for live Q&A and discussion with lots of cats and our very own Community Manager, Cristian Miculi