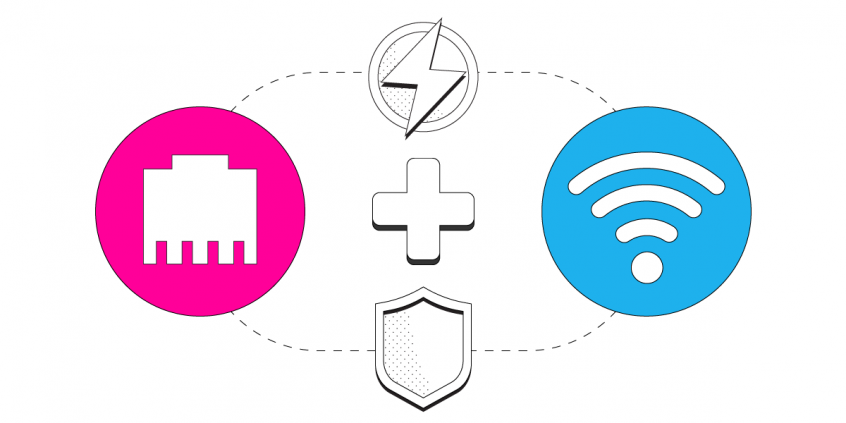 Linux: Use a Secondary Cable / DSL Wi-Fi Connection Together with Your Starlink Ethernet Link

Combining two Internet connections may seem like rocket science, but it’s actually quite simple if you have the right channel bonding app like Speedify.

When you're using Starlink as your main Internet connection, it's recommended you combine it with another Internet source, for more reliable connectivity. As we all know, satellite connections , including Starlink, are prone to being unreliable, whether it's a temporary outage or the weather is acting up.

In this guide we'll show you how you can use your Starlink satellite Internet connection via wired Ethernet together with another Wi-Fi network (that can be your old cable / DSL connection, for example) and then use Speedify to combine them on Linux.

You can also combine Starlink via Wi-Fi - see our Getting Started page for guides on that. Just select "Starlink" as one of the connections to combine.

Speedify can bond your Starlink satellite connection with any number or combination of other Internet connections and will intelligently distribute your online traffic among them for optimal performance. Plus, if you get disconnected from Starlink in the middle of an important video call or file transfer, Speedify will seamlessly failover to your other working Internet connection(s) without skipping a beat.

Step 1: Connect to Your Starlink Internet via Wired Ethernet

As of January 2023, Starlink comes in the box with the Wi-Fi router only. But you can get a Starlink Ethernet adapter you mount between the dish and the Wi-Fi router. This will provide a wired Ethernet port you can input into your Linux computer.

Connect an Ethernet cable between your router or modem and the Ethernet port on your Ubuntu computer. If your computer doesn’t have a built-in Ethernet port, try using a USB to Ethernet adapter instead. Ubuntu will start using your Ethernet connection and you should see it listed in the System Menu under “Wired Connection”.

Need help with this step? Visit the Ubuntu knowledge base to learn more.

Step 2: Connect to Your Cable or DSL Internet via Wi-Fi

Click on the arrow in the top right corner (also known as the System Menu) then Wi-Fi > Select Network and choose your desired network. Keep in mind, private networks may require you to enter a password before connecting.

Need help with this step? Visit the Ubuntu knowledge base to learn more.

Last but certainly not least, download and install Speedify. Once running, Speedify will automatically detect any available Internet connections and combine them for increased speed, security, and stability. This means you should see both your Starlink wired Ethernet connection as well as your cable / DSL Wi-Fi connection in the app's user interface.

You can manage settings, view statistics, and even apply limits to individual connections by either clicking/tapping on them from the Dashboard or by navigating to the desired connection through the main Settings menu.

Speedify will work quietly in the background to optimize performance including prioritizing streaming web traffic to avoid stuttering, buffering and disconnects.

Whether at home, work, or on-the-go, Speedify is the only VPN that makes your online experiences faster, more reliable, and more secure.