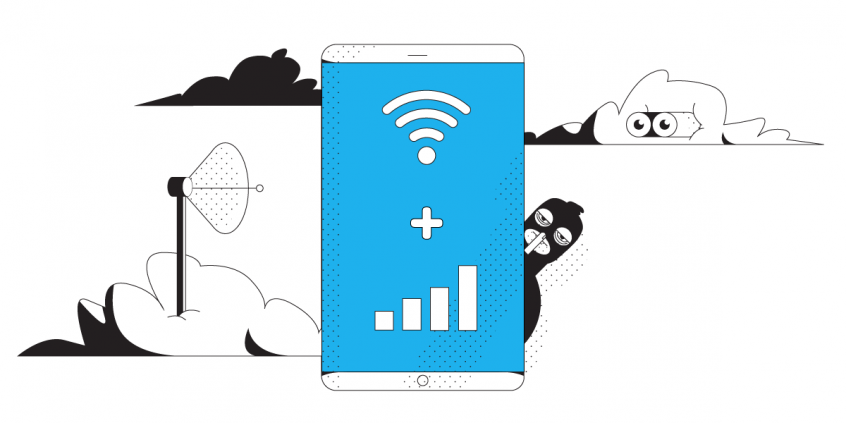 Protect your Voice and Encrypt Your VoIP Calls with Speedify

VoIP gives you the power to conduct business anywhere in the world, at a fraction of the cost of traditional phone systems. But, how secure is your VoIP? If you are not using a secure connection you could be leaving yourself open to unauthorized surveillance, hacking, and other cyber threats.

Is VoIP Secure? How Vulnerable are Your VoIP Calls?

If you are not careful, you could be exposing yourself, and those you are talking with to loss of critical data, embarrassment, or even identity theft.

The Problems with a Standard VPN Solution

The most common way to increase the security of VoIP calls is to use a VPN. But, VPNs are often not an elegant solution. Many VPNs use an incredible amount of bandwidth as they encrypt all of the data and transmit it back and forth between the servers. They also often use a lot of computer processing power.

VPNs not only slow down the speed of your computer and internet connections, but they can also degrade the quality of the VoIP call. Callers experience lag, difficulty hearing, and lost connections.

If you use a traditional VPN you often are forced to choose between security and call quality.

Speedify is a next generation mobile VPN, built with the latest encryption standards to deliver over twice the performance of conventional VPNs on desktops and mobile devices. It was designed with both speed and security as a priority. Speedify gives you the peace of mind knowing that your VoIP calls, and other data, are encrypted, and that your call quality will be clear and strong.

But, Speedify is much more than just a VPN. It is also a powerful channel bonding software solution that anyone can use to bond multiple Internet connections for their combined speed and reliability .

Speedify allows your computer, phone, or tablet to use two or more internet connections simultaneously. This increases your bandwidth, improving VoIP call quality and reliability.

The Speedify app also has auto failover to make sure that if one internet connection goes down, all the data is automatically rerouted through the remaining connections. Once the lost connection has been restored, the bandwidth is increased again.

Speedify is the Fastest and Most Reliable VPN for VoIP

You should not have to choose between security, connection speed, and call quality. Speedify allows you have a fast, safe, and reliable internet connection. You never have to worry about an important call dropping off.

Speedify makes sure you always stay connected to the internet on your terms.