We’ve All Experienced It…

Have you ever wondered why your phone’s streaming music, podcasts, and videos stop every time you leave your home or office? All iPhone and Android users have been there: You start a Spotify playlist to get pumped-up for the morning workout, only for it to be interrupted the moment you step outside the house. How about when you’re trying to live stream video for an event? Even a short hiccup in your connectivity can spell the end of your stream and ruin everything.

The bottom line is that phones today can’t handle the switch between 4G and Wi-Fi gracefully. That isn’t just a minor annoyance, it’s a major flaw. Think about it: millions of smartphone users around the world experiencing drops in connectivity multiple times a day, ultimately means millions of dollars of lost productivity.

But, we wanted to dig a little deeper and understand exactly what’s going on when your Android or iOS device moves out of Wi-Fi range and has to get you (and your streaming apps) onto 4G.

Let’s explore using the free Ping Lite application on an iPhone. Here we ping the address 8.8.8.8, which is a special “Anycast” address and takes you to the closest Google DNS server. Since Google has servers all over the world, this is an easy way to test your connection’s latency no matter where you are.

In order to get a baseline for what things look like when you have a good connection, I went and stood next to our Wi-Fi router with the iPhone in-hand. The Speedify office router is connected to a Comcast Xfinity 75 Mbps Business Internet connection. While running, Ping Lite is sending one message each second, and timing how long it takes to get a response.

This is what I see: 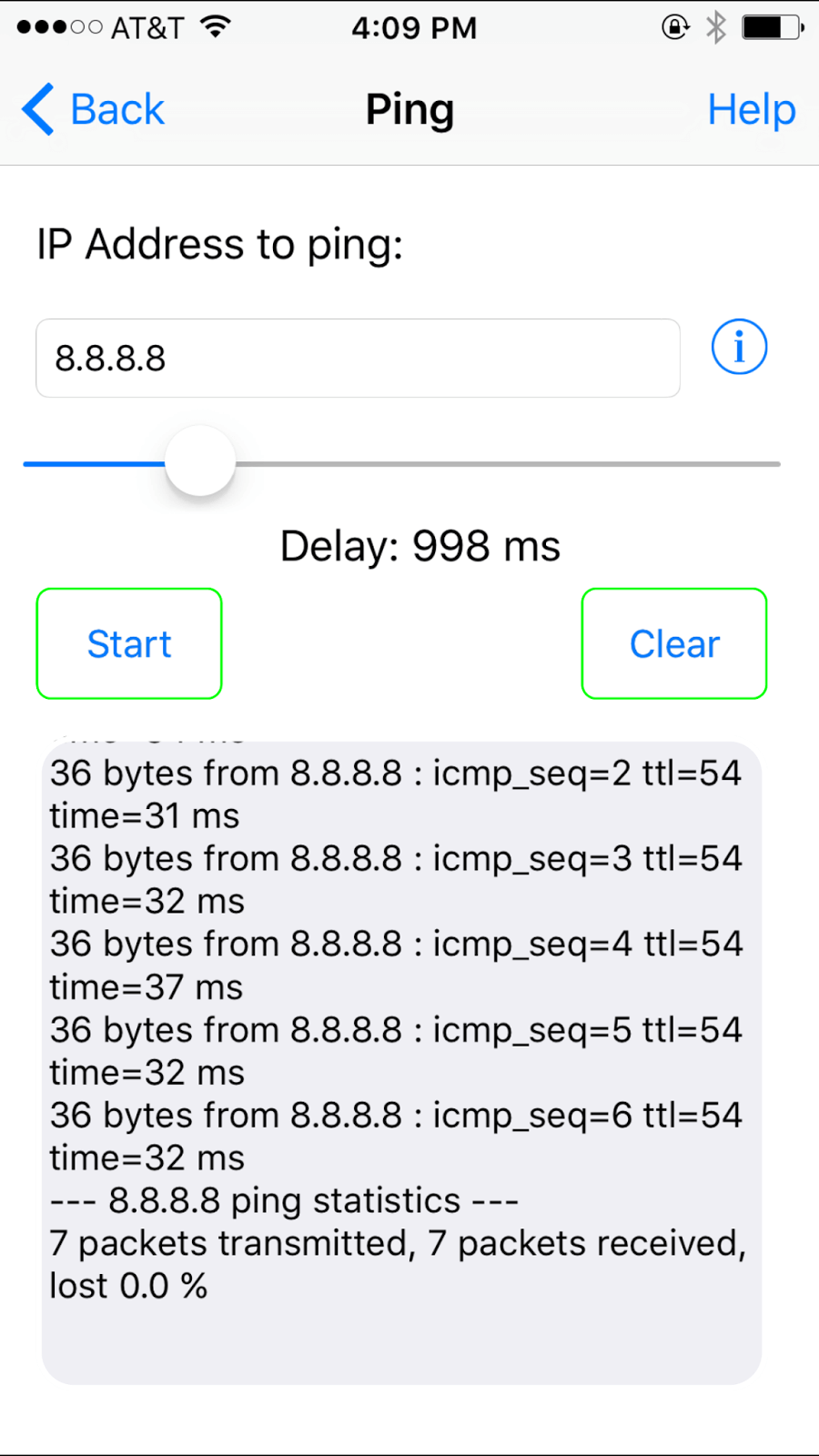 Every packet that gets sent is received, and response times are in the 30-40 ms range (that’s pretty good).

Now we know what a decent Wi-Fi connection looks like on the iPhone. To see what happens when smartphones move out of Wi-Fi range, I simply started walking away from the router and out of our office (while Ping Lite continued to fire off packets). 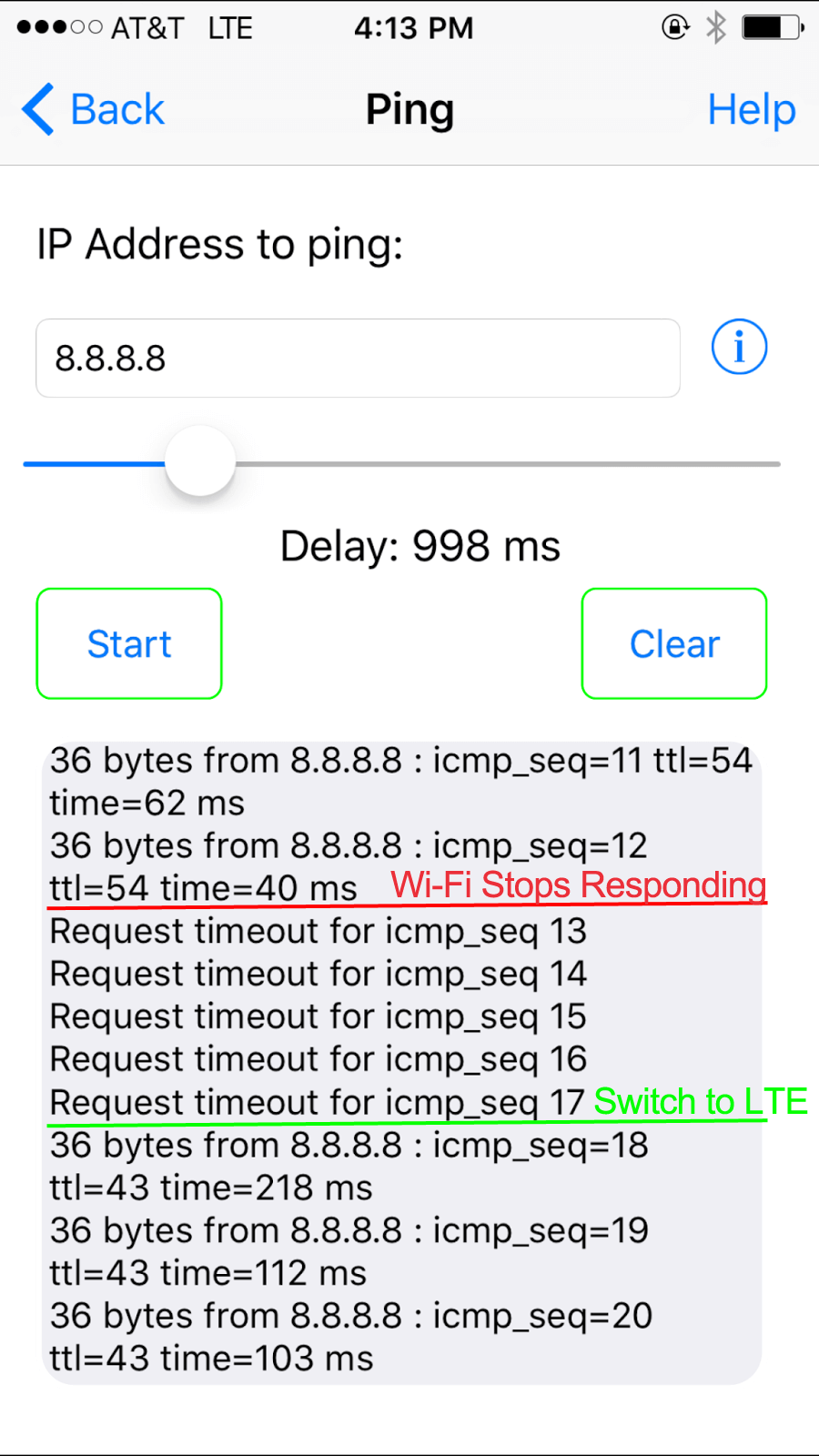 Taking a look at the results above, we can see exactly how the iPhone fails to keep us online when switching from Wi-Fi to 4G:

When you hit the end of your home or office Wi-Fi, your phone takes 5 or more seconds to realize what’s happened, before giving up. For anyone trying to stream to-or-from their iPhone and Android devices, manage app updates or other downloads/uploads, this is enough to break everything and leave you having to reinitiate apps manually. I think you’ll agree, this is not how your smartphone should work.