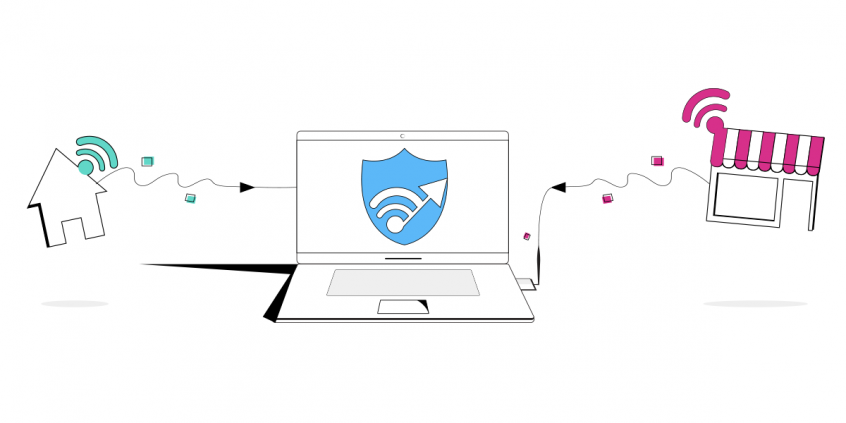 Read below to see how simple it is to combine 2 WiFi connections and get a faster Internet connection with the help of Speedify.

If you’re trying to connect multiple Internet connections for faster speeds, note that your various connections must come from different Internet sources – e.g. your home network and a close by cafe or public network. For example, WiFi and Ethernet networks that are connected to the same router device cannot be combined for increased bandwidth using channel bonding applications like Speedify, because they both share the same upstream network.

Since most computer’s today only come equipped with a single WiFi card, you’ll need to purchase a USB WiFi adapter to connect to a secondary Wi-Fi network. Once you plug that into your computer, you should be able to choose and connect to another wireless network from the connections pane on your PC. On a Mac this can be a little tricky, because OS X does not support external adapters natively. So you’ll have to install a third-party wireless manager. Once both adapters are connected to separate WiFi networks, you’re ready to go!

Now that you have both WiFi networks connected to your computer simultaneously, you need to combine them for faster, secure and more reliable Internet. This is where Speedify comes in. Speedify is a next generation fast mobile VPN service for PC, Mac, Android and iOS users that combines all the Internet connections available to your computer or mobile device to create a single fast and secure super-connection. It also keeps your private information safe and protects you from snooping ISPs, hackers, and other cyber threats.

To get started with Speedify, simply install the software on your device and you’re ready to go – it will automatically detect both WiFi connections and combine them. And that means you’re using both for their combined speed and reliability.

Don’t let the speed of an additional WiFi network in the proximity go to waste – use it with Speedify to supplement the bandwidth you’re already paying for and combine the 2 WiFi connections! Get started now for FREE – no strings attached, no email sign-up necessary!