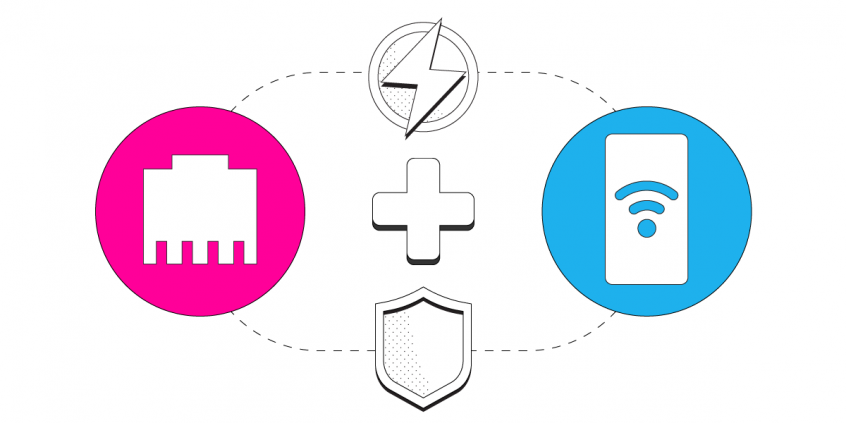 Need a faster DSL connection and you don’t have access to any other form of broadband Internet that is faster (cable, fiber), then we recommend using your own mobile phone’s cellular data connection together with your existing DSL connection. This will certainly speed things up for you when you need them, especially if you’re on a 4G / LTE data plan.

Read below our easy step-by-step guide to combine a DSL Internet connection with a tethered phone connection on your Windows PC or Mac computer with the help of Speedify, a unique software app that can bond two or more connections together.

If you’re living in remote areas “in the middle of nowhere” (as some might say) or, sadly enough, having no other alternatives to your DSL Internet connection where you’re located, then make the best of it and use your phone’s Internet link together with your existing DSL line. It’s very easy to combine them with our Speedify software app.

Speedify Does More Than Get You Faster DSL

Speedify is more than just a way to use and manage multiple DSL and tethered phone Internet connections to get faster Internet on your computer. It is also the premier mobile VPN platform. It was designed for speed, so it won’t slow your device down. It will encrypt all of your data. It will protect you from the dangers of using an unsecured public WiFi network.

What are you waiting for? If you're in need for faster DSL Internet, then it's time to move forward, tether your phone to your computer and combine the two together into a super fast pipe! Get started with Speedify today – no strings attached!