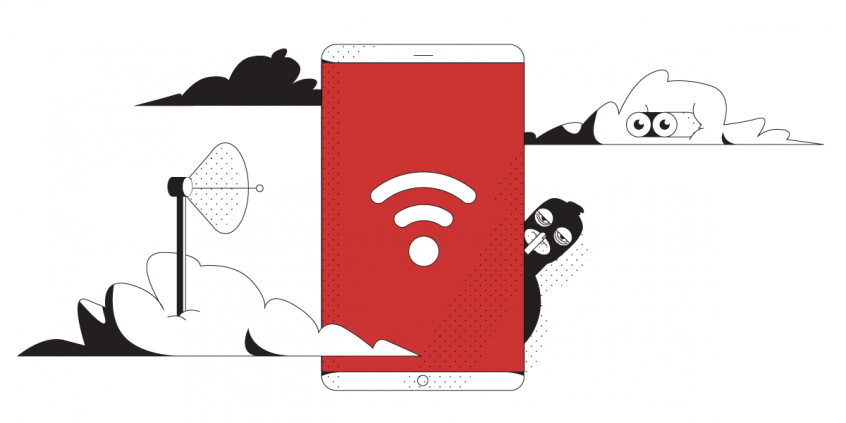 What Is a Captive Portal?

A captive portal (also known as Wi-Fi login page) allows network administrators to block Internet access for users until they complete a defined process. When using a public Wi-Fi with a captive portal, you are required to accept some Terms and Conditions or log in before accessing the Internet.

Captive Portals and VPNs: Free Internet, with a Catch!

When you’re out and there’s a free WiFi, you can always connect to it. But, as you know, using public Wi-Fi can be a risky thing, especially if you’re doing business activities on it. When a public Wi-Fi uses a captive portal (a “login” page), the security risks you’re exposed to can be higher. That’s because captive portals don’t work seamlessly with VPNs. You always have to disconnect your VPN, access the Wi-Fi login page and then turn on your VPN again. Leaving aside the manual steps you have to do, whenever the VPN is off while you’re connected to public Wi-Fi, you may be exposed to:

How to Stay Safe While on a Captive Portal Connection

As discussed earlier, the best way to stay safe on public Wi-Fi is to use a VPN so your traffic gets encrypted. However, there are two problems with most VPNs:

Make Your Life Easier when Connecting Networks with Captive Portals: Use Speedify!

Speedify is unlike other VPNs. It is a bonding VPN that uses channel bonding technology to combine multiple Internet connections at once. This means that instead of slowing down your connection, as other VPNs do, it will make it faster and more reliable.

Unlike all the other VPN services available, Speedify can make the difference between a direct Internet connection and one that requires a login page. When you join a WiFi hotspot with a captive portal, you don’t have to disconnect Speedify to leave you exposed:

Apart from the channel bonding services, Speedify also encrypts your data and redirects it through one of its speed servers so you stay secure and anonymous online.

Want to use a VPN on public Wi-Fi with captive portals, but need to be 100% protected against security risks and slow speeds? Get Speedify!