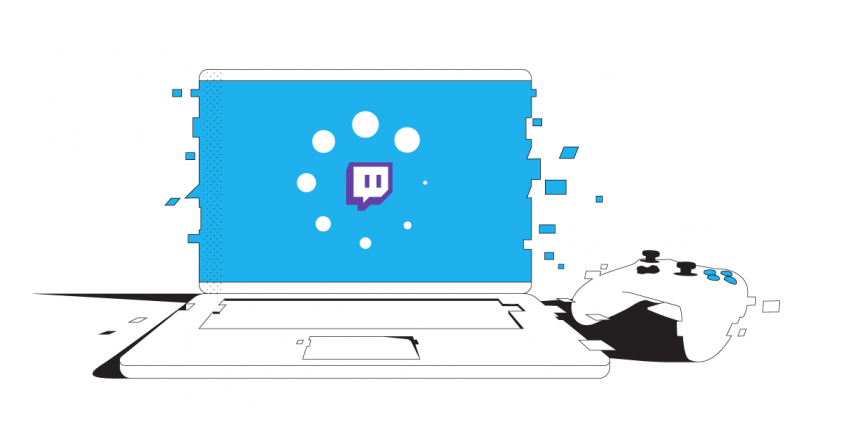 Beginner’s Guide on Twitch Streaming Setup – How to Do It

Twitch is a live streaming service that’s huge in the gaming arena. There are millions of people who visit every day to watch professional tournaments and gaming talk shows.

To start your Twitch streaming setup, you need to:

While it’s easy to create a Twitch account and download the streaming software, getting high speed internet is a bit tricky. If your ISP puts a cap on your speeds, there isn’t much you can do to increase them. You can depend on your mobile data on your smartphone, but that’s not very fast either.

This is where the fifth requirement for Twitch streaming setup comes – Speedify. It’s an app that can combine multiple networks to get you stable and fast internet.

If you have a spotty or uneven Twitch stream, it could be due to a slow internet connection. If your connection isn’t fast enough, you won’t be able to get the full benefits of Twitch streaming as you play live games.

Whichever device you choose for streaming (computer, phone, or a gaming console), make sure it works to its full potential. When you connect to the internet, you generally use just one connection. Whether you’re on your home Wi-Fi, Ethernet connection, or mobile data, you’re depending on just one network.

If there’s a fluctuation in this network, your stream gets botchy. Your audience will get lag, buffering, and pixelated images.

These are common problems when you depend on just one connection. Combining two connections doesn’t just increases speeds, it also helps you keep your stream going even if one network goes down.

When you want to stream on Twitch, you need high-speed internet. You’d need at least 3-5 Mbps of speed to get decent streaming. And that’s just the minimum. You’ll need higher speeds for HD streaming.

Slow internet is a killjoy and if the streamed video is choppy or blurred, nobody is going to watch it and you’ll lose followers.

Many gamers want to use a VPN with their sessions to secure their networking. While VPNs do secure their data, they also make the connection slower. This makes many gamers drop the idea of VPN, leading to an unsecured connection.

If you want to live stream your online match, instead of giving up on VPNs, you can use Speedify. It’s the fast bonding VPN that increases your Twitch speeds and gets you stable Internet. Also, with its advanced encryption, you can rest assured that your data is completely safe from hackers and snoopers.

Speedify can help you get faster and more stable connections without any additional hardware.

How Speedify Helps you Have an Easy Twitch Live Streaming Setup

Speedify can combine two or more internet connections at once to give a faster, more stable connection. As a VPN, it encrypts your data and makes it more secure.

Speedify lets you combine the reliability and speed of multiple channels. With Speedify, you can get better performance on your uploads, downloads, streaming, and web browsing.

And that’s not all. It comes with automatic failover, which means if one connection goes slow or uneven, Speedify will reroute all the data through other connections until the slow one comes back again.

All this happens in the background and you don’t have to do anything for it. You won’t even get to know when one connection goes down because Speedify will instantly manage it.

This is great for streaming purposes since you don’t want any lag in between. With Speedify, your viewers will stay connected to your smooth and seamless stream even if a connection goes down at your end.