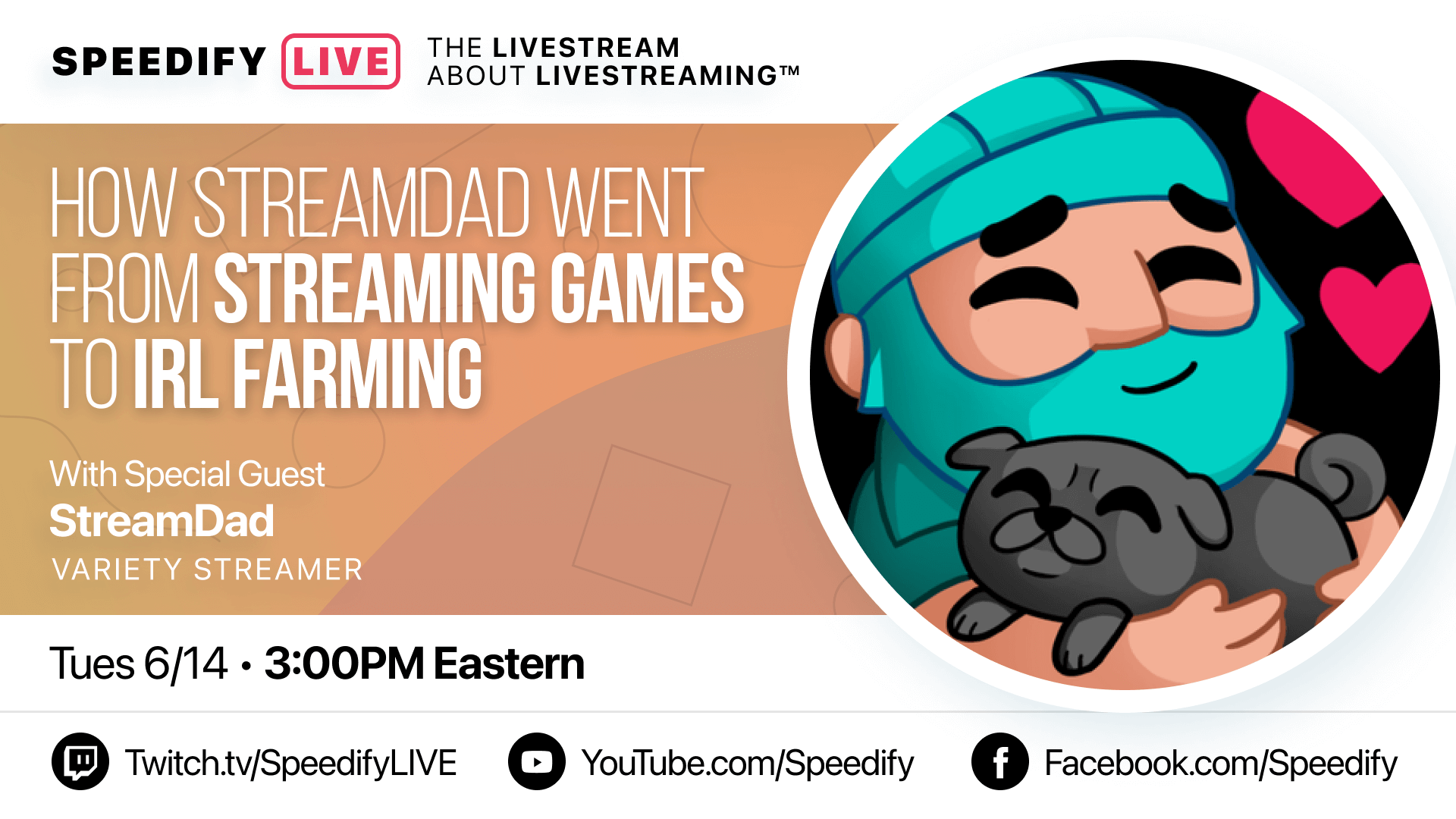 Building a Community by Live Streaming Out of Passion

On the 92nd episode of Speedify LIVE we’re joined by variety streamer and Twitch Partner, StreamDad, who began primarily streaming Dead By Daylight, but is now doing everything from a variety of games to running a 24/7 IRL farm stream.

We chat about everything from the ins and outs of farming, to the challenges of Family Friendly streaming, to the importance of creating a community with your streams.

Here are our 5 takeaways from our talk with StreamDad:

Make sure you enjoy what you’re doing, whether you got someone watching you or not. Someone will come and watch you, someone will get there eventually. A community makes or breaks your stream, and it’s important.

Join us LIVE with variety streamer StreamDad, who began on Twitch as a game streamer primarily playing Dead By Daylight and is now doing everything from games streaming to running a 24/7 farm IRL stream.