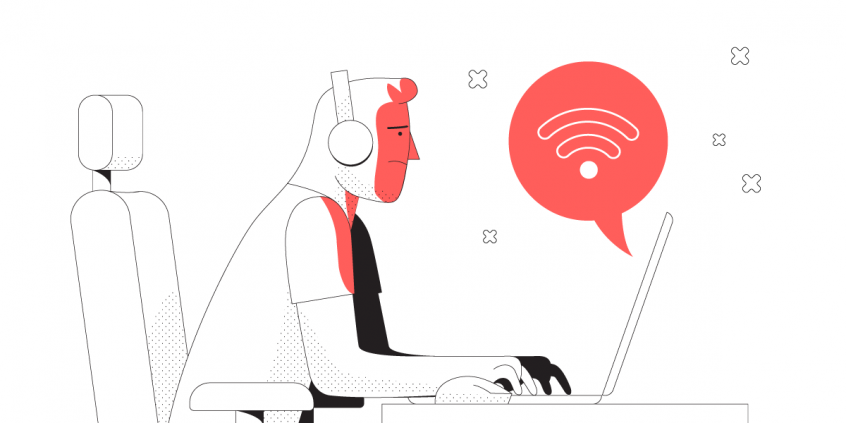 Get Reliable Internet Connectivity to Avoid Among Us Server Issues

For those of you that don't know about Among Us - this indie game has been growing in popularity ever since mid 2020. The pandemic has been cited as a reason for this surge of popularity, as it allowed for socialization despite social distancing. However, more realistic reasons include the low cost, very basic requirements and crossplay between different platforms.

Being an online multiplayer game, it needs a fast and stable Internet connection to work. And that's where things usually go wrong. This article shares how you can easily fix the Among Us disconnected from server error message and avoid any other connectivity glitches.

Why You Get Among Us Disconnected from Server Errors

The issue can stand either with the Among Us servers or with you / your ISP. As the game has recently gained a lot of new users - 3 million concurrent players at the end of September 2020 - there is the possibility of servers not being able to handle the load during peak hours. So, if you got the Among Us "disconnected from the server" error message, check if their servers are down or not.

If all is good on their side, then most likely it’s your Internet connectivity you have to investigate. Online games are very sensitive to unreliable internet connections. Even though the contract with your ISP state that you should have a certain speed and uptime, things are not always like that. Any temporary network issue on the ISP’s side can hinder your Among Us gaming experience.

And it doesn't even have to be the ISP. You may be too far from the Wi-Fi hotspot or have an out-of-date router / modem.

Fix Among Us Server Disconnects with Speedify

If you want to spend time troubleshooting your Internet connection - check out this article here. But we're assuming you want to get back to playing Among Us as soon as possible. Whether you are using your computer or your smartphone, Speedify solves the problem of slow, unreliable internet. You can fix Among Us disconnected from server issues very easy! How? By unleashing the full capabilities of your device!

By default, computers and smartphones only connect to the internet through one connection at a time. You are either connected through a cellular signal, through Wi-Fi, or through Ethernet. Speedify allows your device to connect to the Internet using all of your available Internet connections at once. It increases the bandwidth you have available, which can help fix connectivity issues in Among Us.

On your phone, Speedify allows you to use both Wi-Fi and cellular data. Don’t worry about going over your data caps – you can set limits so that never happens. If you’re playing Among Us on your computer, you can combine your home network Internet with a public WiFi or a 4G / 5G dongle.

Speedify also has auto failover. When it detects a signal is weak or spotty–like when you’re playing Among Us on your commute to work–it reroutes all the data through the working connection(s). This gives you a smooth, uninterrupted connection without any network lag detected. Once the other connection is available again, Speedify automatically tosses it back into the mix.

Among Us Restricted on Your Network? Use Speedify to Unblock It

Remember – Speedify is a bonding VPN – this means that it encrypts all traffic from your device. If you’re trying to play from restricted network such as schools, workplace or other public places, you should be able to do that while running Speedify. The network restrictions will not be applied, as the traffic will be invisible to the filters, as well as to any network admin.

If you want to level-up your game and fix Among Us disconnected from server issues, get Speedify and enjoy a faster, smoother uninterrupted experience.