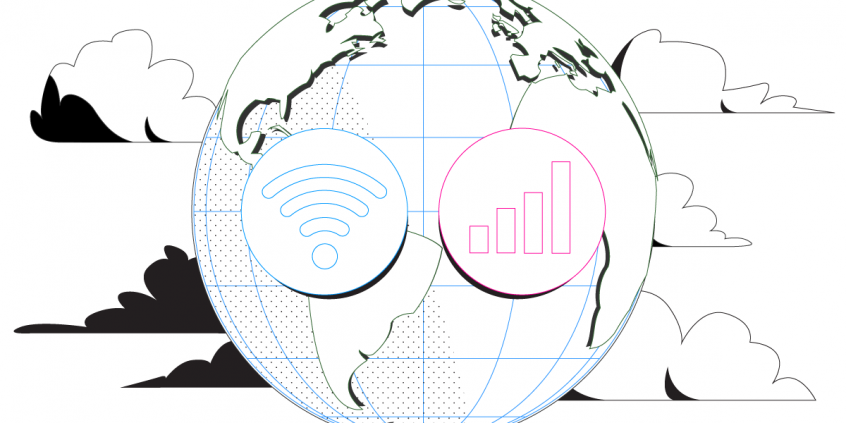 Whether you're running the latest iOS version or one from 5 years ago, your iPhone can still have issues with slow Internet. Naturally, the older iPhone and iPad devices are prone to being slower because of the outdated hardware, but when the Internet is slow, it doesn't discriminate between iOS versions.  To rule out operating system causes for slow performance, you can just close apps one at a time and see if you get better performance.

But most of the time it's your Internet connection that's the reason for you iOS slow Internet. You can troubleshoot your connection issues and get faster, more stable connectivity. Or you could read further this article and save time by solving the slow Internet issue on your iOS or iPadOS device with a proven solution.

Why Is Internet so Slow on Your iPhone / iPad?

iPhones and iPads are very much dependent on the internet to work properly. Whether it's updates or apps that sync online, you need a fast and stable connection.

When you have slow internet on your iOS or iPad device, you'll notice that apps lag too, as they wait to sync online. This is particularly the case with social media apps like Facebook, Instagram, TikTok, Snapchat, etc.

The reasons for iOS slow Internet issues include, but are not limited to:

When this happens, you'll see symptoms like slow downloads / uploads, buffering videos, video calls that stutter and websites / apps that take forever to load or refresh. So, how can you fix that?

[SOLVED] Fix iOS Slow Internet on iPhone and iPad: Use Wi-Fi and Cellular at Once

First of all: make sure you get what you're paying for. Run a speed test online on a wired connection and compare the results with what you have in your contract. But if you get a streamergency (slow Internet during a Zoom call, etc.), you need something that will always work. You need Speedify.

As a fast bonding VPN, Speedify allows you to use both your Wi-Fi and cellular connections at once on your iOS device. Remember - that's "at once" and not "switching between them" - here's the difference.

Speedify dynamically sends traffic through both Wi-Fi and cellular depending on each network's performance, to get you the fastest, most stable and secure Internet at any given time. If one of the connections drops (e.g. your iPhone connects to a sticky Wi-Fi hotspot), Speedify will move more traffic over cellular. And it's all seamless to you, even when streaming - you won't even know it happened till you check the stats in the app.

Aside from getting you fast and stable Internet connectivity, Speedify uses servers in the cloud and encrypts your traffic to and from those servers. This means that your online activity is safe from hackers and cyber criminals that might be lurking on public Wi-Fi networks for example.

This comes in handy also when the network you're connected to restricts access to certain websites and apps - mostly streaming and social media ones - YouTube, Facebook, TikTok, etc. This is the case for many educational and office networks. The point is that with the traffic being encrypted, you can access those websites freely.

There's another upside to this: you can choose the servers to connect to, including those in other countries. So, if you're abroad or need to access a local resource within a country, connect to a server in the region where access is not blocked and you're all set!

To wrap this up: using Speedify on your iOS and iPadOS devices (iPhones, iPads) will fix any slow Internet issues and provide peace of mind when using the Internet.