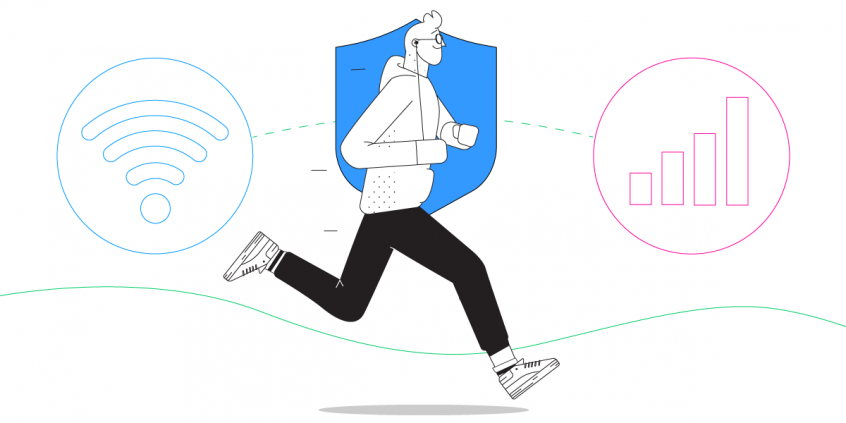 You should definitely consider getting a turbo VPN for your PC to secure online data from cyber criminals and snoops. All it takes is one moment of carelessness to find that your personal data has been compromised:

One of the favorite tactics of many criminals is to attack public WiFi networks. You can protect yourself from many of these kinds of attacks by using the right VPN for Windows. Contrary to the public belief, VPNs don’t necessarily have to slow down your Internet connection. If you use a turbo VPN like Speedify for your PC, you’ll enjoy fast, stable and secure Internet.

Tom’s Guide recently named Speedify as the fastest VPN, actually being able to make your Internet faster. See below how to get the most out of Speedify turbo VPN for PC.

How a Turbo VPN for PC Helps You

Using a VPN for PC protects you, even if you are using a compromised WiFi network. The VPN will encrypt all traffic to and from your PC. It will also keep anyone else from snooping on your Internet activity. This means that nobody will know what websites you are visiting or what you are sending or receiving on your computer. This will also help you avoid data throttling done by the ISP.

However, the biggest problem with any traditional VPN for PC is that it slows down your Internet connection. The only difference between the “classic” VPN services is how much they will slow you down. Sometimes a VPN makes it almost impossible to stream a movie or have a smooth conversation over Skype.

The issue is the underlying technology behind traditional VPNs is over a decade old. It takes up a lot of bandwidth to encrypt all of the data and send it back and forth.

Many companies got the older, conventional VPN for PC software (OpenVPN, IKEv2 or IPSec) to work on iPhone, Android smartphones and other mobile devices. But these protocols aren’t made for getting high speeds and there’s a significant performance difference. See more in this VPN comparison test we did.

The results: Speedify was the only turbo VPN for PC which managed to keep us connected and protected while testing! Almost all VPN services slow down your connection because of the way they’re built. Speedify is a bonding VPN that uses channel bonding technology. It is different by being able to combine multiple Internet connections at the same time on smartphones and computers for increased speed, reliability and security.

When you use Speedify turbo VPN for PC, you no longer have to choose between security, speed and stability. Speedify actually helps you have a better experience when you:

Stop taking chances with your online security. Get a secure, stable and fast Internet connection with the best turbo VPN for PC. Download Speedify now!