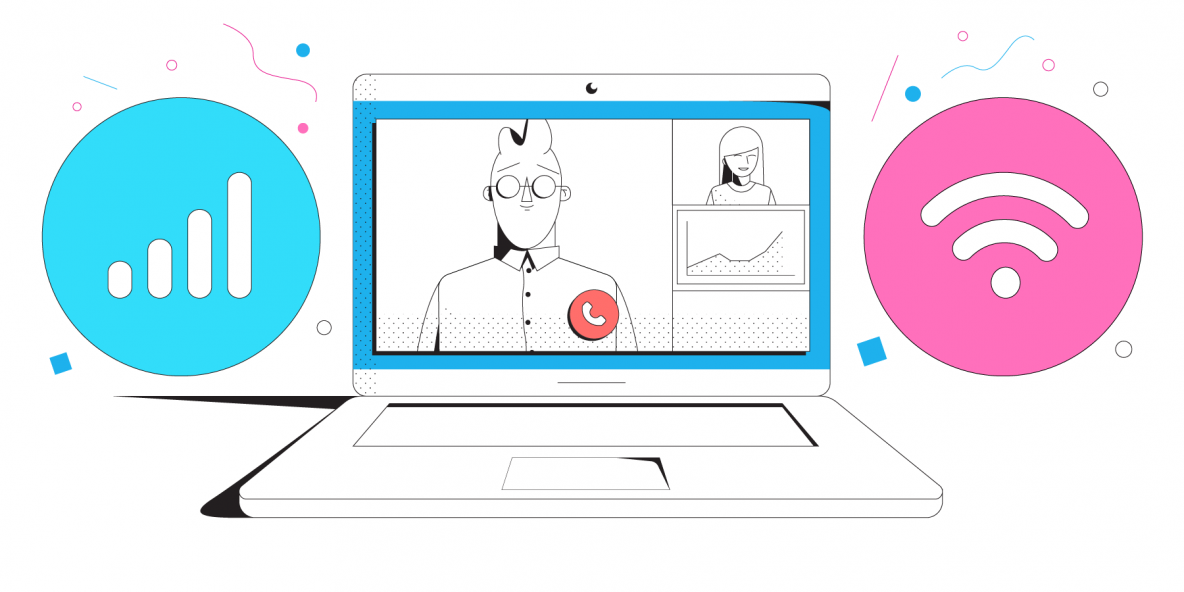 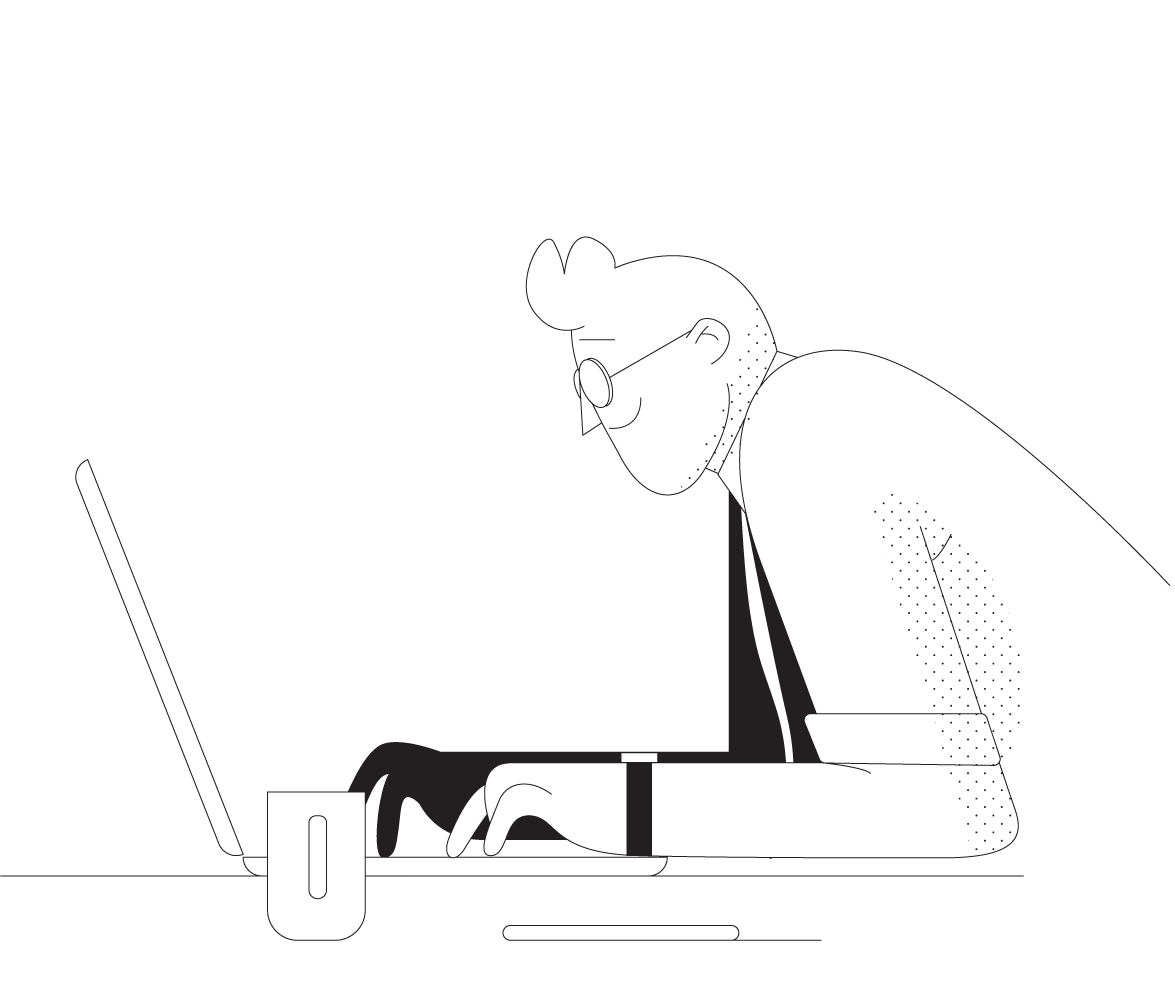 Video Conferencing While You Work From Home - Tips and Tricks

In the Next Normal, video conferencing is both the new face-to-face and a substitute for events of all kinds. From one-on-ones to meetings with hundreds of people.

Work from Home Video Conferencing - Start with the Basics

Most of us don’t have the best internet at home. Between cellular and Wi-Fi dead zones and subpar home broadband speeds, finding a reliable connection and staying connected can be challenging.

Enter Zoom - the Most Popular Tool for Video Conferencing

Zoom is the cool new kid on the block. It recently announced that over the last quarter, it grew 355% more than it did during the same time period last year and now has over 200 million daily users.

Its hundreds of thousands of users have even turned it into a verb. People now say “let’s set up a Zoom” to mean using any video conference software and it’s starting to be as common as saying “let me Google that” or “can you give me a Kleenex?”

And it’s popular for a reason. It has obsessively focused on its customers and it has tried to give them the best product possible, which has pushed the video conferencing industry forward.

It often provides the highest quality video, particularly when paired with a connectivity tool like Speedify that improves your internet connection.

One useful and unique feature is information about the connectivity of each participant on the call, which makes it quick for you to gauge whether your connection is unstable or if it’s someone else.

To join a meeting, you don’t need to create an account, but you’ll need to create one to invite others to a meeting. Downloading Zoom is optional because you can connect via a web app, but it strongly encourages you to join a meeting from an app to unlock a superior experience. Like Speedify, it offers apps for Android, Apple iOS, Linux, Microsoft Windows, and MacOS, to make it accessible for the majority of users.

Zoom's dedication to making an easy-to-use platform put it in a superb position before the pandemic hit. We think it’s an excellent choice, but the other major players have quickly adjusted and caught up. And it is similarly catching up with its security features, but know that its end-to-end encryption may not be what you think it is, because it uses TLS 1.2 for its encryption and doesn’t offer complete encryption between individual endpoints yet. 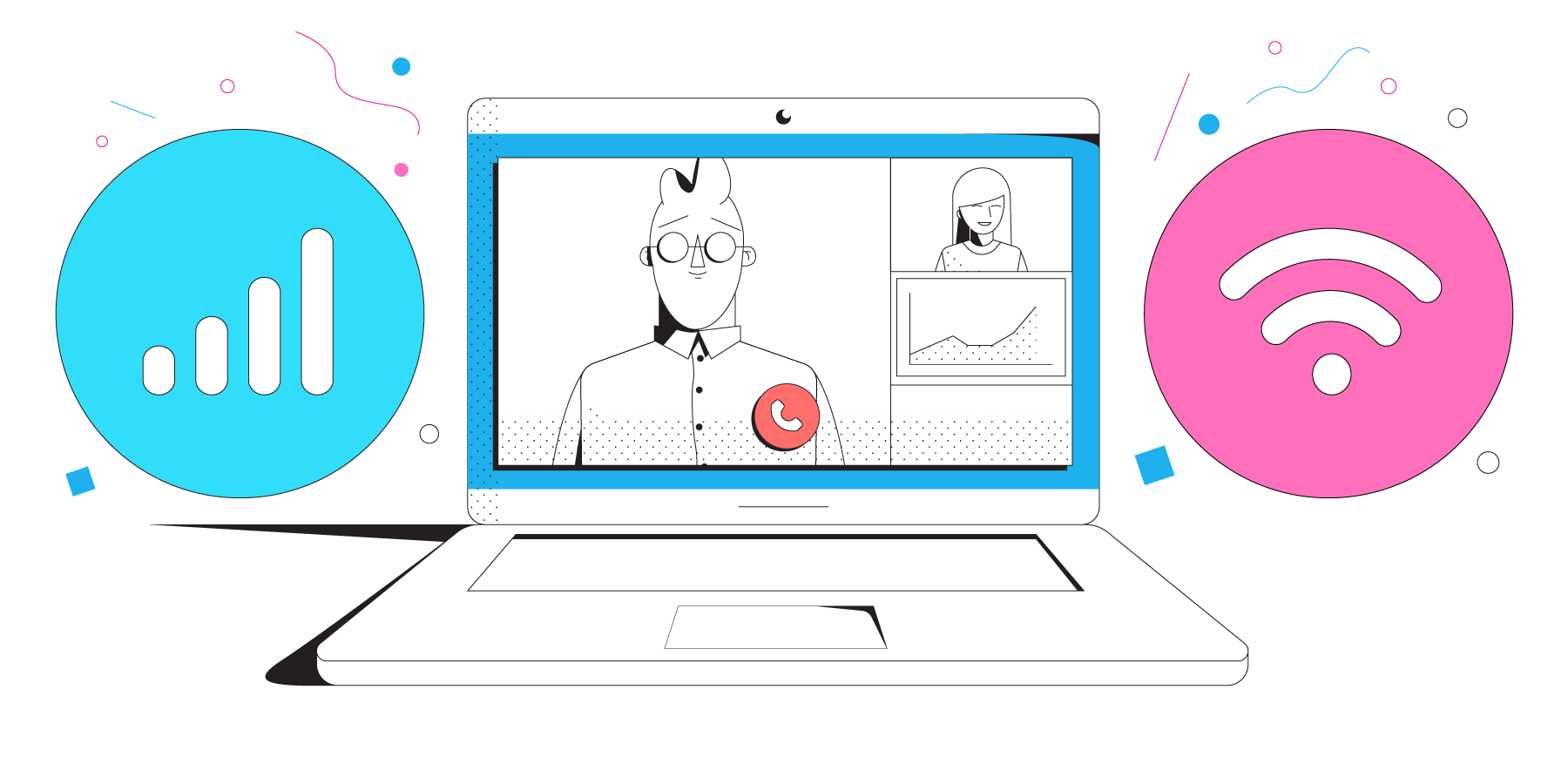 The free version is suitable for shorter meetings, with up to 100 participants and a time limit of 40 minutes. But that's usually enough for most work from home video conferencing activities. It costs $14.99 per month per host for the Pro plan, which ups the duration limit of 24 hours. Its Business and Enterprise tiers are both $19.99/host/mo. and are options to look into if you have more than 10 hosts or meetings larger than 300 or 500 people respectively.

Google Meet has many of the same features as Zoom. If you have an existing Google account, it can be easier for novices to use because it’s entirely cloud-based.

You can easily use it in your browser without downloading anything, as long as you’re signed into your Google account. Or alternatively, you can download apps for iOS and Android.

Because the cloud is front-and-center, it’s easier to record a video conference and save it directly to Google Drive compared to Zoom. It takes a few minutes to process, but then it’s easily shareable.

It has a number of security features to protect video conferences, and its encryption is fully compliant with Datagram Transport Layer Security (DTLS) and Secure Real-time Transport Protocol (SRTP), meaning that conferences are encrypted between you and Google’s servers.

One drawback compared to Zoom is that hosts have less control. Participants can unmute themselves, anyone can show their screen and you can’t manage the chat feature. That could work well if you’re replicating an in-person team meeting, but less so if you’re presenting to a group or hosting an online class via video.

Since the pandemic started, Google opened up the platform and offered a free version to all. Its free version has the same 100 person limit as Zoom and has no time limit through the end of the month. However, it plans to start enforcing a 60 minute time limit for the free version after September 30, 2020, which is still higher than Zoom’s limit.

If you have a meeting with more than 100 attendees, upgrading to the Enterprise version may be necessary, which adds live streaming for up to 100,000 users on a domain. The Enterprise version of G Suite costs $25 per user per month. There is an intermediate Business version available, but the features it adds to Google Meet are minimal compared to other features in the tier.

Microsoft Teams is similar to Zoom, with comparable features and controls, but it adds the ability to easily share files and meeting notes without leaving the app. Great for a work from home video conferencing solution, right?

It is essentially Microsoft’s answer to both Slack and Zoom combined into one. And as organizations have sought for a one-stop-shop for all their team communications, its usage has soared to more than 75 million daily users.

Like Google Meet, there is no time limit on video conferences and Microsoft hasn’t announced plans to add any. However, the free plan does have several limitations, such as removing your ability to record meetings, to schedule meetings in advance or join by phone, all major drawbacks. If you’re a paying user, you can record your meetings and save them on Microsoft Stream to make it a comparable experience to Google Meet.

If your organization uses Microsoft 365 or is tied into the Microsoft ecosystem, it may be more seamless to use compared to other video conference solutions. It not only tightly integrates with Teams for broader collaboration outside of video, but with other Office apps and additional features from Microsoft like 24/7 support, and business-grade tools for admin and security.

The integration with the rest of Teams does make it slightly trickier to navigate to its video conference functionality. Its "Meet now" option is a small button under the chat window, which isn’t quite as obvious as Zoom or Google Meet’s UI.

Cisco's WebEx platform has its roots in the enterprise market, so it was built with large businesses in mind since its inception. While costly, it was created as a unified communications platform that can provide chat, video and phone capsules to entire organizations. If your company already uses Cisco for its infrastructure, it may make sense to use WebEx. It's feature-rich and excellent for virtual events and webinars but may be overkill for most users.

It also offers a free version for up to 100 participants but it is otherwise more expensive, costing $26.95/host/mo. for its Large Business plan if you need to go beyond 100 people. It also doesn't offer as many bundled features as G Suite or Microsoft Teams, but VoIP is a reason to consider the extra cost.

LogMeIn’s GoToMeeting is more of a competitor to WebEx than Zoom. GoToMeeting is a standalone video conference offering with screen sharing and all the typical features you’d expect. It is easy to use and has well-designed mobile apps for Android and iOS.

It costs as low as $12 per host per month and has a limit of 150 participants, which is higher than Zoom’s limit for its comparable edition. It doesn’t offer a free version, just a free trial, which puts it behind the times compared to other providers. If paying slightly less for 150 participants meets your needs or if you need to bundle video conferencing with VoIP or LogMeIn’s remote access tools, check it out.

Jitsi is an open source alternative for video conferencing. If you need total control, want to use software that is absolutely free and don't need to interact with more than a handful of people, then it may be the video conferencing solution for you.

You can either run Jitsi for free on your own hardware, or pay 8x8, the developer of Jitsi, $9.99/user/mo. for its Jitsi-based 8x8 Video Meeting service. Jitsi Meet runs directly in your browser with no download or registration required, and it also has Android and iOS apps. You can do everything you'd expect, from having everyone on video to sharing your screen and even collaboratively editing a document in Etherpad

It's stellar for a community effort, but isn't quite as robust as the other solutions on the list and video quality has been mixed given the limitations of individual hardware.

Know the Capabilities of Your Video Conferencing Software

Regardless of which work from home video conferencing provider you choose, you should consider whether:

Test out the providers you’re considering with your internet connection to see which has the highest video quality on your devices and networks. Make sure you’re doing everything you can to get the best possible internet connection to keep your video and audio high-quality. And try out Speedify to see the difference it can make. 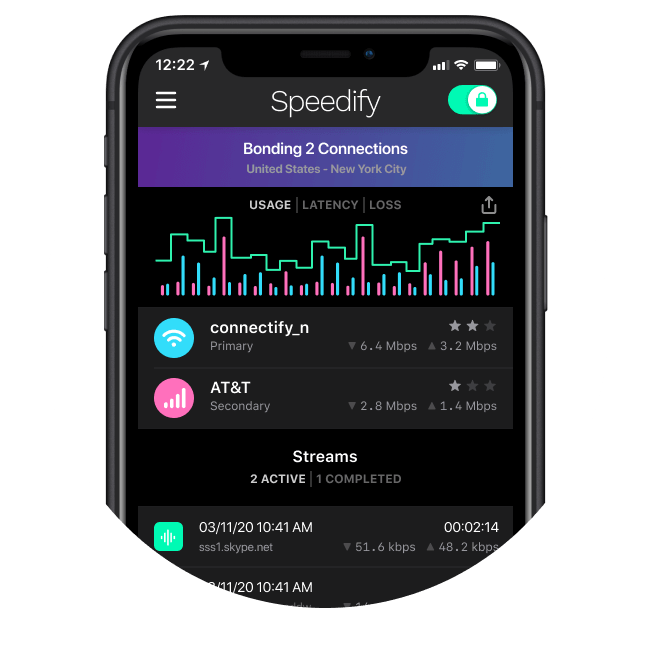 Connectivity is the key to productive remote work

If you want to be more productive, start considering how you will achieve blazing fast internet connections with superb network quality, and find the right devices, equipment and tools that will help you collaborate, video conference and take work anywhere.

Our Next Normal series will help you do that, by providing you with the tips, tricks and technologies that will help you optimize your remote work experience to become a WFH Superstar.

Together, we can make the Next Normal better than the old. 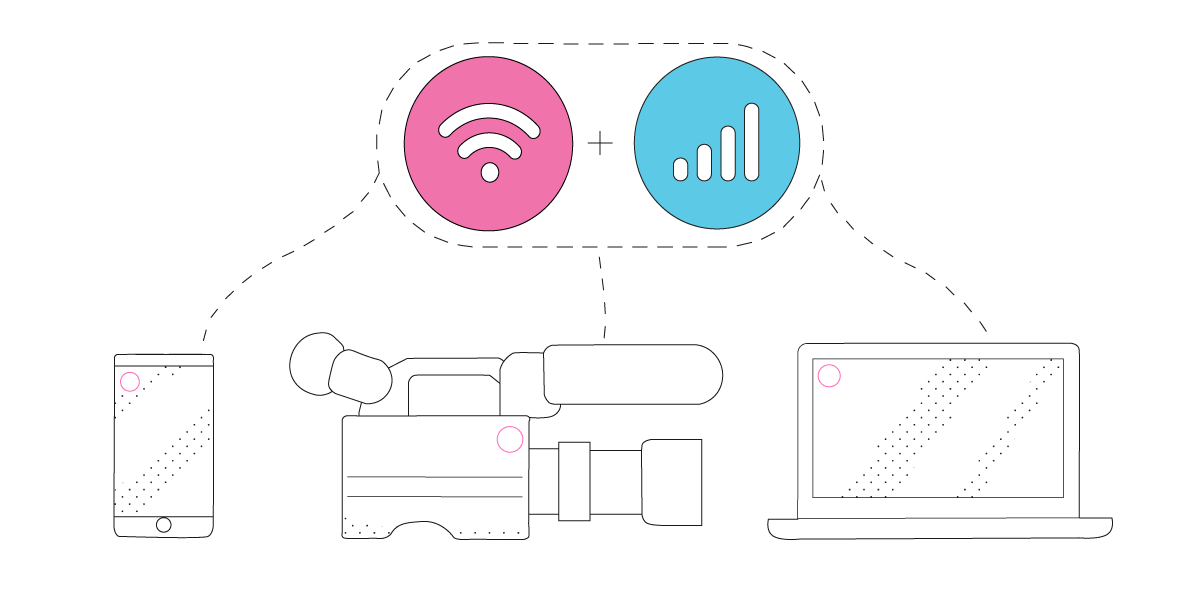 Whether you live stream for a living or simply join the occasional Zoom Conference, Speedify can provide a more stable and reliable streaming experience. By default Speedify utilizes our revolutionary Streaming Mode which automatically prioritizes audio and video streams and dynamically adjusts to network conditions so you can stop asking "Can you Hear Me?" and start streaming at the speed of all your connections combined! 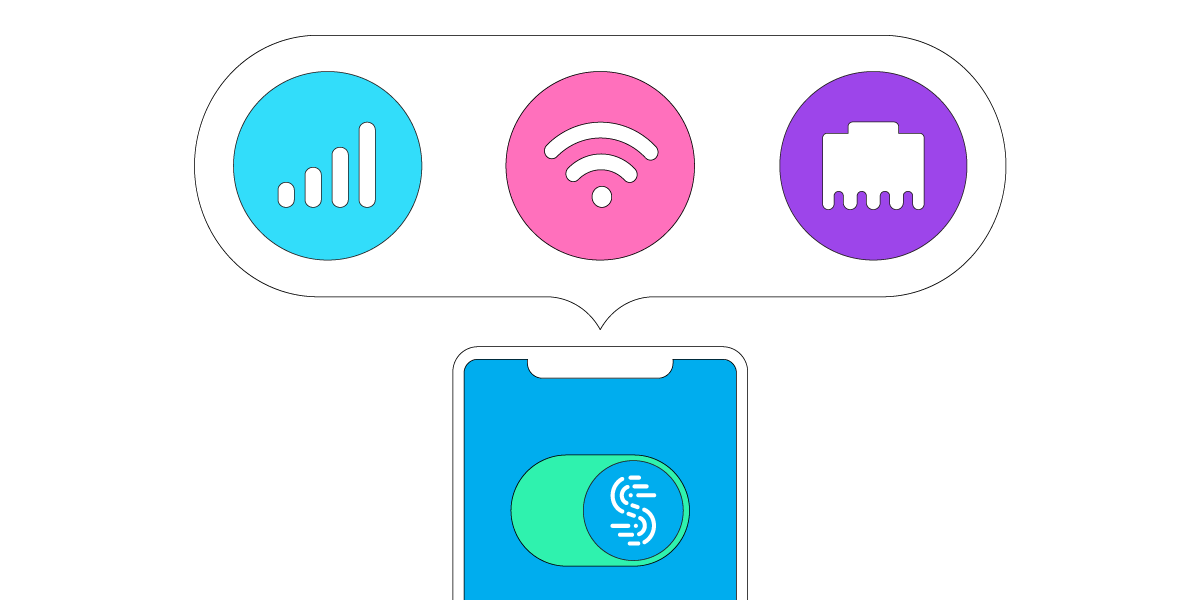 Speedify can bond any combination of Internet connections and will intelligently distribute your online traffic between them for optimal performance. Plus, if you get disconnected from one of your connections in the middle of an important video call or file transfer, Speedify will seamlessly failover to your other working Internet connection(s) without skipping a beat.