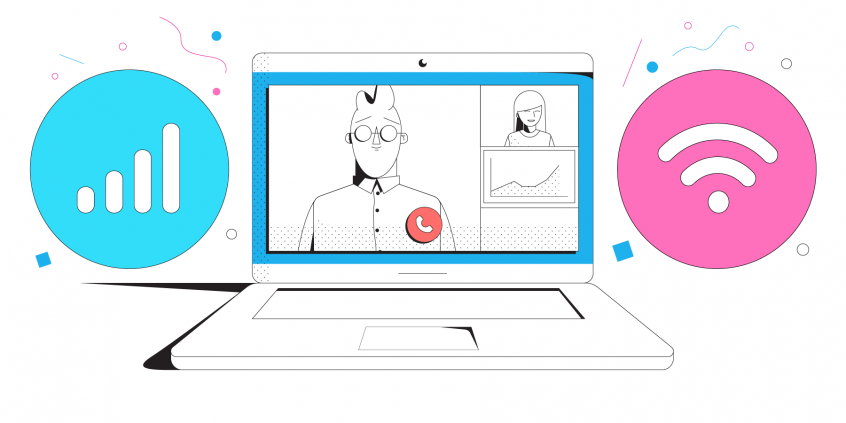 Hooray! Twitch Studio launched on Mac in Beta in mid June 2020. Since then, Twitch live streamers have an alternative to already established streaming software like OBS, Wirecast, Elgato and others.

It remains to be seen how popular the Twitch Studio streaming software will be when compared to the others. One thing is for certain: you will still need a good Internet connection.

Fast and stable connectivity is the base of good quality live streaming. People will not watch your stream if you’re having a huge latency, buffering or disconnecting. In this article you will learn how to avoid such issues when live streaming with Twitch Studio for Mac.

Why Live Streaming Issues Happen with Twitch Studio for Mac

Most of the time, slow unreliable Twitch streams are a result of a bad Internet connection. Even when you are connected to a wired Ethernet connection, your Internet may still be too slow to get the full benefit of streaming Twitch videos and live action game-play.

ISP issues can range from temporary disconnects to data throttling or just poor service due to poor local infrastructure. One thing is for certain: you need better connectivity.

The problem is that your Mac isn’t taking full advantage of its capabilities. It sends all the data through either the Ethernet, WiFi or other connections. If there is any fluctuation or loss of signal, your Mac cannot receive the data packets it requested from the Twitch server. Instead, all your viewers see are low quality videos, endless buffering, sometimes culminating with disconnects.

How to fix these streaming issues?

Speedify is a channel bonding software available for Mac that allows you to use all of your Internet connections at the same time. You get increased bandwidth and reliability, while benefiting from the lowest latency and minimizing packet loss when streaming.

We recently tested Speedify with Twitch. The conclusion was that Speedify provided steady bandwidth with minimal packet loss for your Twitch streaming.

Speedify automatically optimizes streams and dynamically prioritizes them over other traffic types. That means quality of service (QoS) for your live streaming. Speedify can easily be used successfully by both occasional live streamers on Facebook, YouTube, Twitch and also by professional broadcasters such as vloggers, gamers, reporters in the field etc. Think of Speedify like the solid base you’re building your live streaming efforts on.

You get best results when you have access to 2 or more Internet connections while streaming on Twitch on your Mac – WiFi / wired Ethernet / cellular. But it works with only one connection as well, being able to improve connectivity. Whatever the case, people all over use it successfully.