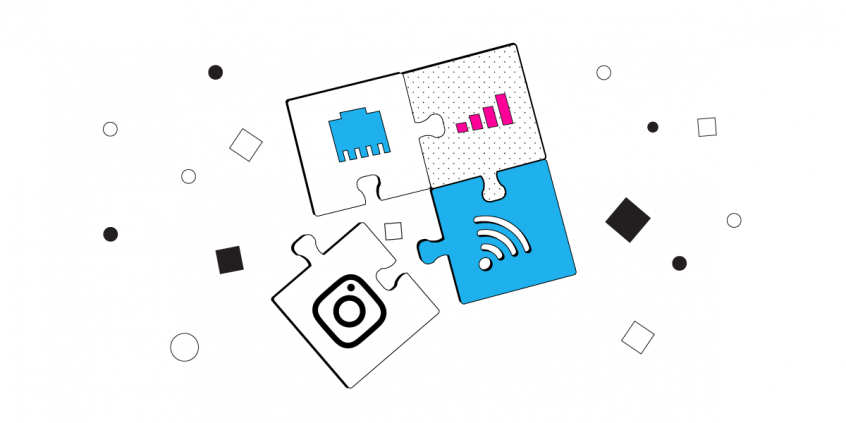 Did you know that over 1 billion people use Instagram every month? Of the social networks, just Facebook and YouTube have more people logging in – for now. And of Instagram’s 1 billion monthly active users, more than 500 million of them use the platform daily.

Additionally, 500 million people use Stories every day – up from 300 million in October 2017. Most brands (2 million of them) are telling their stories with Instagram Stories. With a third of the most viewed Stories created by businesses, it’s pretty obvious Stories work for brands, unless you’re not telling any. If you're looking to promote your brand, here's 7 different ways you can add links to your Instagram Stories.

To finish with the stats, almost 88% of Instagram users are outside of the USA. If you’re interested in doing business in India, Brazil, Indonesia, Turkey, Russia and Japan, go for it on Instagram.

So – we’ve established Instagram is a great way for brands to communicate with their audiences. But you can also see what your friends or celebrities have been doing. Unless the Instagram site / service is blocked – which usually happens on school, campus or office networks. So what can you do then? Read below to see the easy solution.

Why Is Instagram Blocked on Some Networks or in Some Countries?

This depends on what kind of restrictions are in place and also who blocks the services.

At its highest level, Internet censorship can occur at the country level and can be ongoing or temporary. News websites, social networks and communication platforms are mostly “sacrificed” in this case – just look at China.

When you’re traveling or on the go and using public Wi-Fi hotspots, these might have restrictions in place as well. Mostly for bandwidth reasons, as many people connect to those.

The easiest way on finding ways to unblock Instagram is through a VPN service. A VPN stands for “Virtual Private Network“. It’s software that encrypts everything you send or receive from the Internet so that no one can “listen in” and spy on your traffic.

Basically, if you will use a VPN service, you are hiding your traffic and location. The network that you’re connected to will not know you’re accessing Instagram (or any other websites). Through a VPN, you can unblock Instagram.

There are hundreds of VPNs on the internet. However, only a few ones can offer the speeds that you need in order to get your business done and unblock Instagram. In fact,most of them slow down your Internet connection because of the added encryption.

So you have to pick a fast one. Speedify bonding VPN is the fastest VPN service out there, as recently ranked by Tom’s Guide! Here’s why!

Regain Your Internet Freedom with Speedify. Don’t Choose Between Speed and Security when Unblocking Instagram

As any VPN, Speedify encrypts all traffic going in and out of your device. This means that the software, network admins, ISP or government will not be able to know what you’re accessing a blocked website. So, you will unblock Instagram easily.

All you need to do is connect to a Speedify VPN server in a location where the websites you’re trying to access are not blocked.

To recap – Speedify bonding VPN not only helps you unblock Instagram and other services online. It also helps improve the reliability and speed of your Internet connection, wherever you may be. Get Speedify now and unblock the Instagram site!