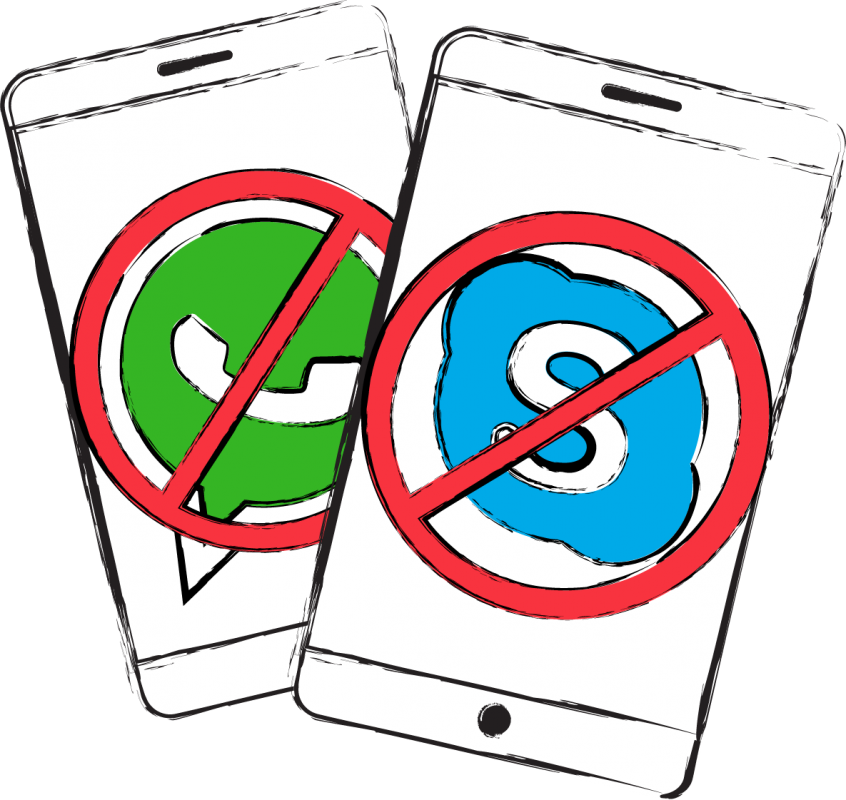 How Governments and Authorities Restrict Access to the Internet

The number of Internet censorship cases has increased throughout the world since 2010 onwards, especially beginning with the Arab Spring uprisings of early 2011. And according to the latest Freedom on the Net 2020 report from Freedom House, the COVID-19 pandemic was another catalyst for this, fueling digital repression in 2020:

According to the report cited above, the largest declines in internet freedom occurred in Myanmar and Kyrgyzstan, followed by India, Ecuador, and Nigeria. A record number of countries featured deliberate disruptions to internet service. Myanmar in particular saw an even worse turn just at the beginning of 2021, when the military coup affected internet connectivity throughout the country.

The motivations for internet censorship are diverse, but can be split into 3 main purpose categories: political stability, traditional social values and national security. But how exactly does this happen from a technical standpoint? This article will hopefully shed some more light on how governments / authorities censor the internet.

The Basics: How Internet Works

Before understanding how they censor the internet, you need to understand how the internet works and what are the levers to pull for this purpose. We’ll use an oversimplified example of you accessing a website on a computer over the free internet. Here are the elements involved:

Going back to our example - here’s what happens when you type in “https://speedify.com”:

Internet Censorship: How They Do It

Internet censorship can manifest itself in various forms. These include:

Let’s assume you want to access https://speedify.com from a country where it has been restricted. Here are the most common used technical strategies to prevent online information from reaching users. These techniques don’t just apply to browsing, but to apps, file transfers and all other Internet activities.

This assumes that authorities have control over the domain name servers. The government can choose to eliminate specific domains from the DNS server, making them “invisible” to those trying to access them through those DNS servers. They can also replace the original domain with a specific one.

When you type in our website’s address, the browser won’t return anything. Or, it can redirect you to a predefined website imposed by your government.

This assumes that authorities have control over ISPs. They can blacklist certain IP addresses of websites they want to block. When you request access to a site, your request is monitored by surveillance computers, which check your request against a list of blacklisted IP addresses. Trying to reach speedify.com, which in our example is blocked? The internet service provider will drop the connection, causing it to fail.

In this case, the URL (Uniform Resource Locator) or web address is scanned by the surveillance computers for specific keywords. If those are found, the connection will be restricted.

This assumes that authorities scan the contents of each network packet sent to and from your computer. By using deep packet inspection technologies, they examine packet contents for banned keywords. Communication identified as containing forbidden content can be disrupted by dropping the connection. You may receive an error message in your browser, none indicating explicitly that you are being censored.

As in the example above, when you’re trying to access the page about Facebook, you will not succeed.

Outside of these, there are a plethora of other technologies for censoring the internet - check out these great resources from Townsend Center and Wikipedia.

How to Circumvent Internet Censorship

There are several possibilities to bypass restrictions on content online. Let’s go through the main ones.

Hypertext Transfer Protocol Secure (HTTPS) is basically a secure version of the HTTP protocol (HTTP over TLS), where nobody can see the data you send and receive from the internet, while it moves between your device and the destination server. It protects against man-in-the-middle attacks, eavesdropping and network tampering.

If the website you’re trying to access uses HTTPS, then you have a better chance that it will work and that the contents of your page won't be filtered or modified. However, the domain name is still left unencrypted, so, if authorities filter that domain name, this won’t work.

This protocol is useful in circumventing internet censorship as it can eliminate DNS restrictions from governments. All the processes involved in requesting, finding and sending back the domain server name are encrypted over the HTTPS protocol.

In order to use this, you need an application that has built-in DoH implementation (such as a web browser, operating systems, etc.).

The downside of this is that in many cases not all the elements of the connection are encrypted, leaving room for authorities to restrict the traffic.

These are both related protocol extensions for TLS; it all started in 2018 with ESNI and continued in 2020 with ECH. What ECH basically does is secure the meta data left unencrypted by HTTPS, including the server name. This makes ECH one of the best protocol choices for circumventing restrictions, to be included by ISPs, apps, developers, etc.

However, it’s not 100% proof to censorship. For example, the length of that encrypted negotiation between servers may leak enough information about the domain name, to be guessed.

Out of several possibilities to bypass restricted internet content, using a virtual private network (VPN) is the easiest way to go at it. All you need to do is use it when you want to access a blocked resource. Naturally, this assumes that the VPN’s server IP addresses aren’t blocked by the authorities.

A VPN encrypts all communication between your computer and a server in the cloud. This way, nobody can monitor or inspect what you’re accessing online. The only thing they will see is you connecting to a specific IP.

When you’re choosing your VPN, make sure to get one that doesn’t slow down your Internet. You can look at bonding VPNs like Speedify, for example, which allow you to combine all of your internet connections at once right on your computer or mobile device. You’ll get faster, more reliable and secure Internet.

Speedify uses advanced encryption to send and receive data from its network of hundreds of servers worldwide. We believe in the freedom of the internet, so that’s why we are supporting users everywhere there is Internet censorship. Take Myanmar for example.

If you live in a country where there is Internet censorship, you should definitely try using a VPN like Speedify. Get it now and enjoy free data on us!