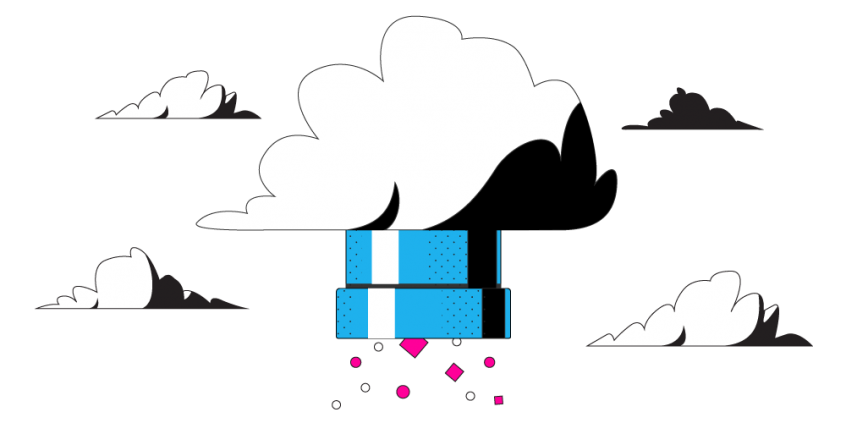 In a continuous effort to provide fast, reliable and secure Internet to everyone, here at Speedify we’re constantly improving our bonding VPN service. In this day and age when remote work, distance learning and live streaming are more important than ever, Speedify has launched the new optimized Speedify protocol.

How the New Speedify Protocol Works

First of all - TCP (Transmission Control Protocol) is one of the transport protocols used in network and Internet communications. It basically divides the information being sent and received into chunks, adds a TCP header and creates a TCP segment. Then, that TCP segment is being sent over the network, following a path of “hops” until it reaches the destination - read more on how the Internet works in this article.

If there’s packet loss on one of the TCP sockets, only the network packets being sent over that socket are delayed, as the TCP protocol will keep trying to send those, while the other sockets can continue sending other packets. This will minimize the negative effects of high latency and packet loss on connection performance, including the cases when you use Speedify with a single Internet connection.

If each connection that Speedify uses were to be represented by a one lane road (e.g. Wi-Fi, cellular, Ethernet, etc.) which cars (network packets) use to get to the destination, the new Speedify protocol adds extra lanes, so that cars are distributed over all the lanes available.

When there’s a traffic event on one of the lanes, the cars on the other lanes will keep going without being dependent on the lane that’s stuck. If that lane remains stuck, the cars that have already been sent on it will be rerouted through the other lanes.

According to the tests we did in the Speedify Testing Lab, the new protocol delivers most improvements for:

Here’s a graphic on how high speed is maintained when using the new Speedify protocol vs. not using Speedify: 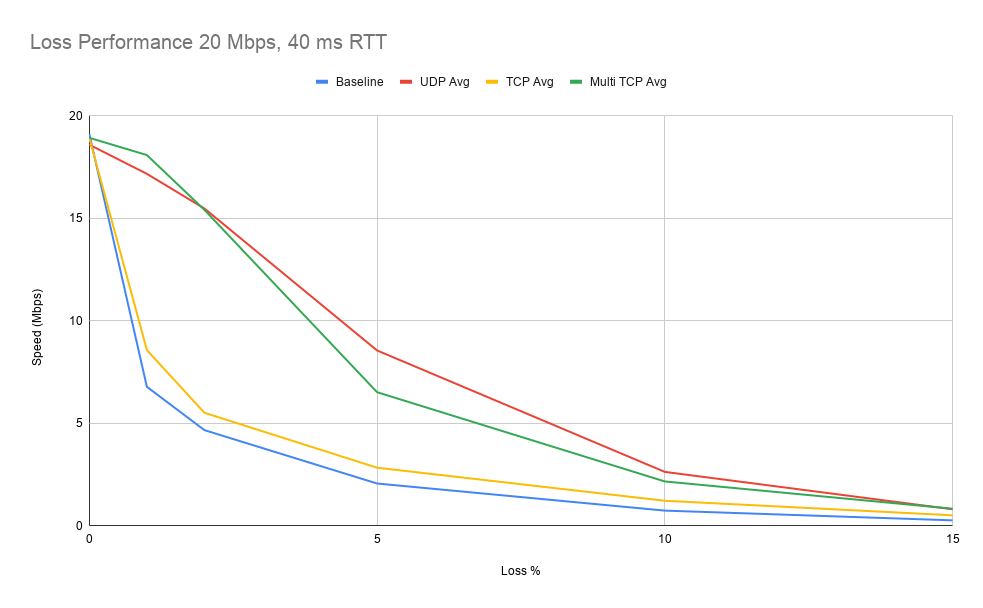 In the case of connecting to distant locations, we connected from Philadelphia to a server located in Singapore. While a single TCP socket connection got us around 100 Mbps in download bandwidth, when using multiple TCP sockets, we got 200-300 Mbps.

The New Speedify Protocol using Multiple TCP  - Is That Some Sort of Multipath TCP (MPTCP)?

Great question. And the answer is no. The new Speedify protocol works within one single connection, whereas Multipath TCP (MPTCP) works over several connections, similar to the connection aggregation / bonding that Speedify does. MPTCP is more analogous to Speedify as a whole. But here’s more below on MPTCP.

As its name suggests, Multipath TCP refers to sending the data from source to destination through multiple routes (paths). This can be done when you have multiple Internet connections available to apply MPTCP. While running, it’s creating a TCP subflow for each connection it’s putting together and sending data through different paths. 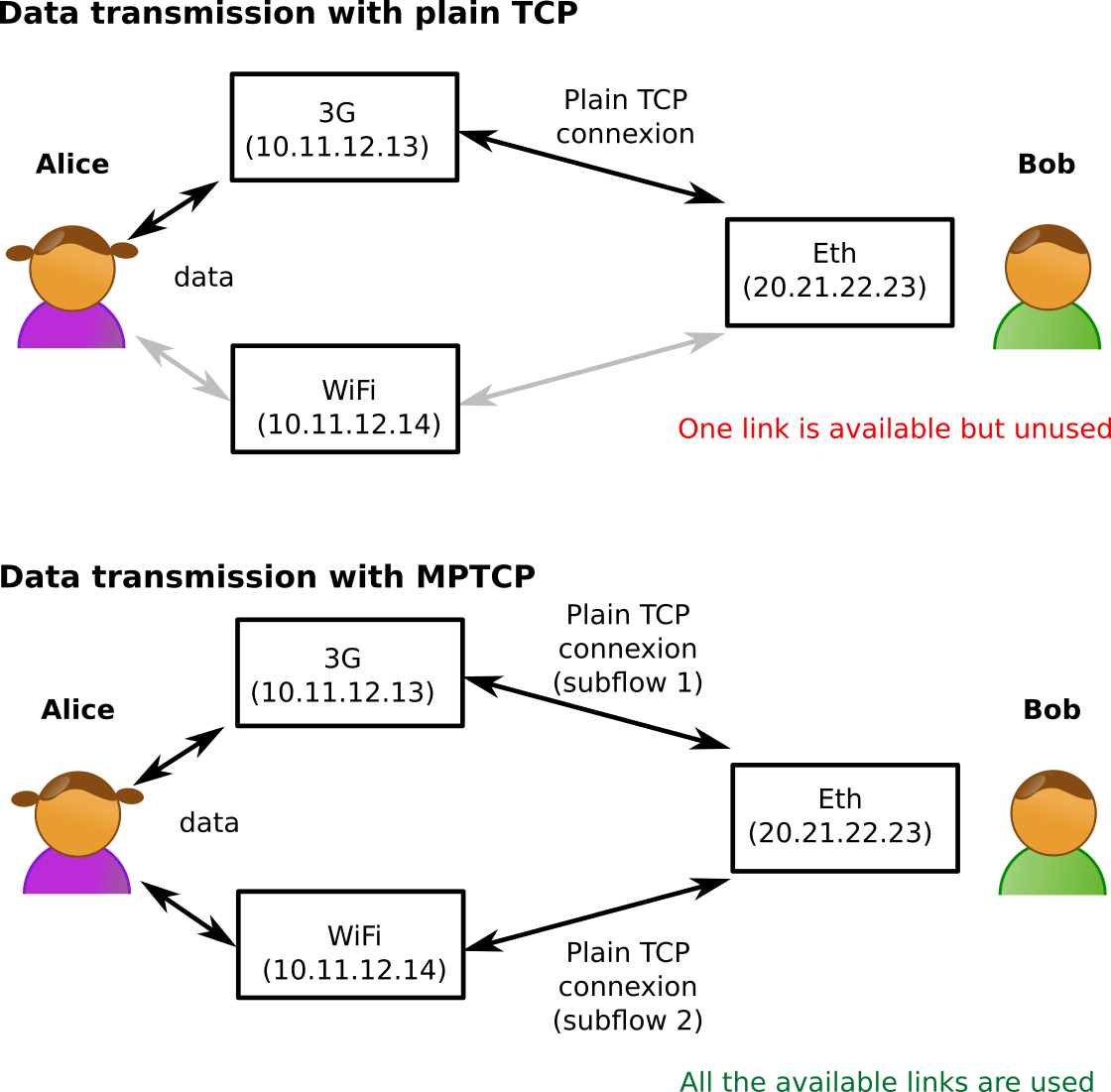 Data is flowing through multiple flows from origin to destination. The TCP header of each segment contains, along with the source and destination IP addresses, a data sequence number, so the receiver will get the data from the multiple subflows in the original order, without any corruption. The protocol also has mechanisms to handle congestion control - what it does when one of the connections becomes slow or unreliable.

Find out more about how MPTCP works in the video below:

Speedify - How It Works and How It’s Different from MPTCP

As opposed to the limited “backup flow” ability of MPTCP, Speedify has a more complex approach to the whole thing, with advanced logic and multiple types of connection priorities. Meaning that it will use the connections being bonded according to the performance and priorities set by the user. Speedify will send as much data as it can on:

Imagine Speedify as an on-call optimization specialist, monitoring the quality of each connection at any time and deciding how much data to send over each one so the overall Internet connectivity is at its best. Plus - it’s all encrypted, so nobody can sniff your Internet traffic.

Here’s a comparison table between MPTCP and Speedify:

As you can see, there’s a lot that Speedify has to offer when compared to the existing MPTCP implementations. Make sure to give Speedify a try!

How Speedify Helps You Get Faster, More Reliable Internet

Everything that uses slow, unreliable and wireless Internet connections are the prime beneficiaries of Speedify - from RV travelers and commuters to remote workers and live streamers. Why? Because it caters to their problems and offers an elegant solution.

Inherently wireless connections such as Wi-Fi, mobile data and satellite are prone to coverage issues and high latency. When you are far from the hotspot or cellular tower, the connection is slow and has added lag. Plus, when your device does the handover from Wi-Fi to cellular or between Wi-Fi networks, an Internet drop is expected, while the new connection is established. This affects especially bandwidth-intensive applications, such as live streaming (including video calls) and gaming.

By using all your available connections at once, you are safe from such issues. The apps you’re running won’t even see that something’s up, because Speedify will automatically adjust the data rate it’s sending through each connection.

If you’re not yet familiar with Speedify, learn more by visiting our website. To get started, get Speedify now! 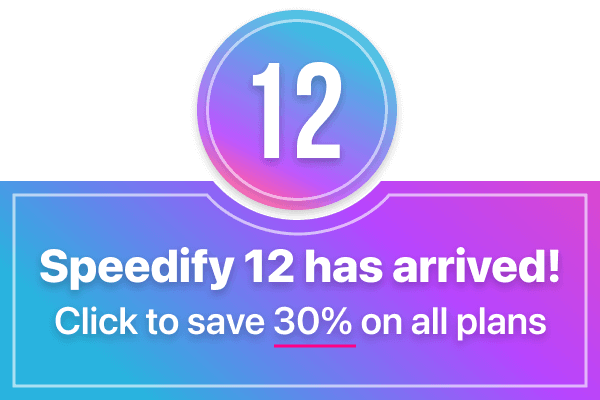