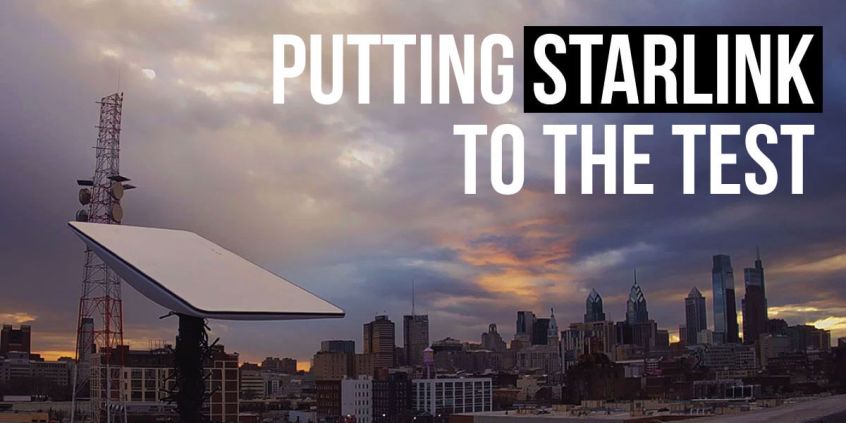 A couple of months ago we got our own Starlink for RV. We all became obsessed with Starlink here at Speedify - putting it to the toughest real world tests for connectivity and live streaming. We’re still doing that - in fact, you can check out our live stream of the Philadelphia skyline on Twitch and play around with some interactive commands there.

The conclusion so far: Starlink is a great Internet option for those who live in areas with poor Internet coverage for the average user. However, if you are working remotely, doing video / voice calls or live streaming, you will need more than just your Starlink Internet connection. And that’s because the satellite connection is unreliable and can lead to disconnects. Read more below.

How We Test Starlink Internet

We want to be transparent about our testing process here. We have our Starlink on the roof of our building in Philadelphia, near the Delaware Riverfront. Our engineers are gathering data on different usage scenarios, including downloads, uploads, streaming and gaming. We primarily look at the MOS score - a standard rating based on latency, jitter and loss of how well an internet connection will perform for voice calls - and KPIs derived from these metrics.

In the case of the live stream mentioned above, we combine the Starlink Internet (as the primary connection) with Comcast cable together with Speedify and look at the usage of each. We also record when Speedify steps in to compensate for the Starlink unreliability by pushing more traffic through Comcast.

As mentioned in the first section, if you’re doing any kind of Internet-sensitive activity such as voice / video calls or streaming, you’ll need a secondary connection to combine together with Starlink for uninterrupted performance.

Check out the Starlink Internet test spreadsheet to get a glance at the numbers we're seeing for a 3-days period.

How to Best Setup Your Starlink for Uninterrupted Internet

Subscribe to our YouTube channel for more videos on Starlink, from unboxing to setting it up with another connection and Speedify.