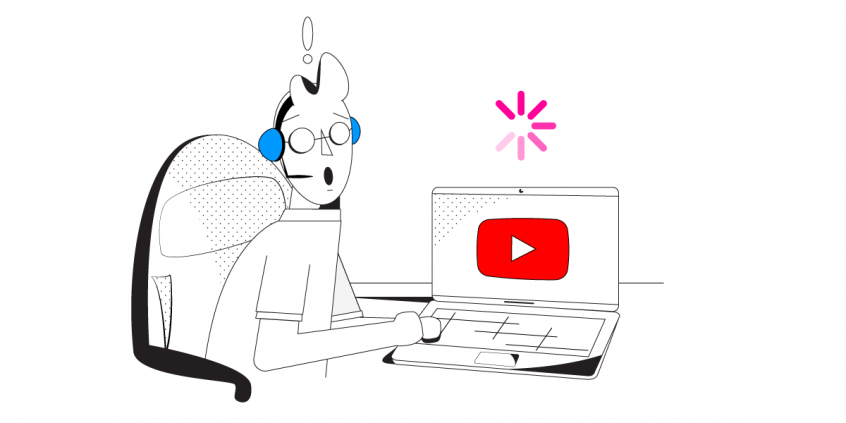 First of all, take a look at YouTube’s live troubleshooting guide from Google and see if there’s anything you can fix using their recommendations. If you still continue to see those live streaming issues, it means that there might be something wrong with your Internet connection in terms of bandwidth, latency and reliability.

Read below to see how easy it is to get a fast and dependable Internet connection so you can stream live videos to YouTube with peace of mind that everyone will get the best available quality.

Why Am I Getting YouTube Live Streaming Connectivity Issues?

It’s not only you and it’s not even related to YouTube live streaming. We’ve all been there – experiencing slow Internetand even disconnects at some point. But it’s most annoying when you’re streaming live video online to YouTube.

The most common situations where you might encounter these type of connectivity issues with YouTube live streams include:

Here’s what happens: if the connection is slow, you may not be live streaming to YouTube at a high resolution due to limited available bandwidth, so your videos may appear jittery / choppy. Plus – if your Internet connection is spotty and disconnects for some reason – your viewers are left watching the YouTube loading screen.

If the Internet connection speed and latency causes issues with your YouTube Live video streams, then you should get more bandwidth, preferably from more sources.

Speedify is a software app that gets you faster, more reliable and secure Internet by allowing you to use multiple Internet connections at the same time. By doing that, you’re not only solving the bandwidth and latency issues related to YouTube live streaming videos, but also the need for an automatic failover mechanism that needs to kick in should anything happen to one of your connections.

Broadcast to YouTube Live with Speedify, the Best VPN for Streaming

Speedify doesn’t just get you a fast and reliable Internet connection when live streaming to YouTube. Speedify is the only true mobile VPN available. It protects you from compromised wifi networks and snooping hackers. It uses real military-grade encryption to make sure your private data stays under your control and nobody can swat you out of your YouTube Live streaming.

Live streaming videos to YouTube and having connectivity issues related to your Internet connection bandwidth and latency (lag)? That should be history! Get started with Speedify today – no strings attached!