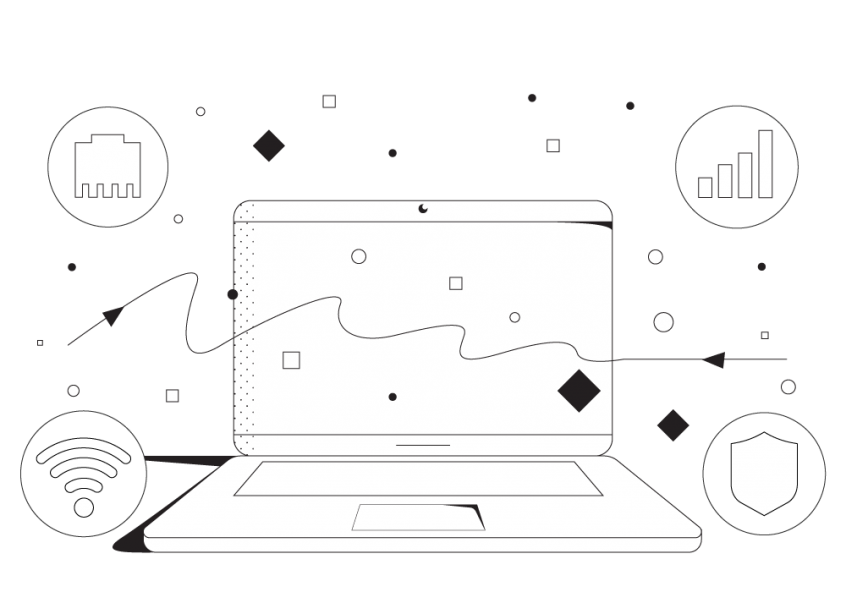 How to Speed Up My Internet Connection

Need to speed up your Internet connection speed? Many internet websites recommend solutions such as:

The most certain way to boost your Internet connection speed is get a superior Internet plan from your ISP. But, even then, your speed may be limited for some services by your provider. Plus, you may have a limited budget for Internet plans and dedicated networking equipment.

Don’t feel down – we’ve got the perfect solution for you – see below!

If you are certain you need to speed up your Internet, check your ISP contract, including the fine print! And run a speed test online, of course! If the speed you’re seeing is not close to what the contract says, definitely reach out to your ISP.

However, running a speed test online will not give you a complete idea of any Internet issues you might be encountering. Leaving aside any technical problems with the Internet infrastructure, here are some frequent issues:

As mentioned above, slow Internet has many possible causes which you need to be able to address. These go from being stuck on bad WiFi hotspots to seeing high packet loss rates and having to deal with ISPs that throttle the bandwidth of the Internet connection.

Speedify is an innovative app that allows you to use all available connections on your computer or smartphone. You get their combined speed. If one of the connections is slow, you’d still get fast Internet from the other connections.

Use multiple Internet connections at the same time. Your iPhone, iPad, Android smartphone or computer will be able to maximize the Internet speed:

Here are 3 steps to speed up your Internet:

Using Speedify is the easiest solution on how to get faster Internet speed. It also covers the most frequent issues with slow Internet connections.

Need to Speed Up Your Internet? What about Online Privacy?

Speedify is not only a solution to speed up your Internet. Speedify is also a fast bonding VPN that protects you against:

How to speed up my Internet, you ask? Use the Speedify fast bonding VPN app!