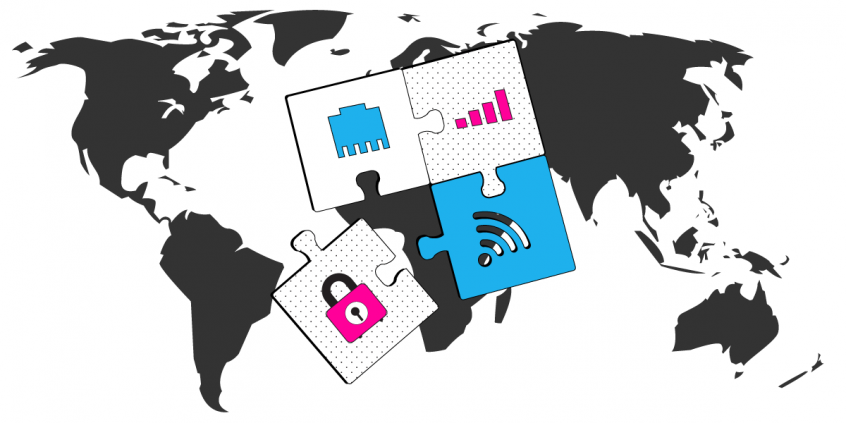 How to Get Fast Bonding Speeds when Combining Connections with Speedify

When you're using Speedify bonding VPN on your computer or mobile device, you should be getting fast, stable and secure Internet connectivity. Channel bonding technology allows you to combine multiple connections at once directly on your device.

Before troubleshooting, make sure you've done the following:

Getting some slow bonding speeds - exactly how slow? In terms of speeds, users can expect to get up to around 200 - 300 Mbps through Speedify for most of its public server locations. The exact maximum speed can vary by location.

If you have a 300 Mbps+ connection that you want to use consistently with Speedify, you should consider getting a Speedify dedicated server, which can support up to 1 Gbps of throughput in most locations. With a public server, you might reach higher speeds but you will be competing with other users on the server for the bandwidth.

Speedify is a VPN, which means your Internet traffic goes through a VPN server before accessing the Internet. Your location relative to the Speedify VPN server can have a big impact on the speeds you get.

Problem: Connecting to a server that is geographically far away from you will add increased latency and can reduce performance.

Solution: You should try to choose the Speedify server closest to you. If you are not seeing good performance with the closest location, you can also try other nearby locations.

Speedify uses a variety of server hosting providers, sometimes multiple providers, in one location. Choosing between multiple nearby server locations, or even between the server instances within the same location, may yield different results.

If you are in a country that does not have a Speedify server, then you should try the servers from several nearby countries to see what works the best for you. Because of how Internet cables are connected, the country that is geographically closest might not always be the best performing option.

Speedify can connect between your device and the Speedify servers in the cloud with several different transport modes: TCP, UDP, and HTTPS. By default, Speedify's automatic mode will try to pick the best transport options for you, but it might not always make the right choice. Giving Speedify a hint about which transport mode to use can help in some cases.

TCP is often the most efficient and best performing protocol for Speedify. But there are some cases where you might want to try using UDP instead.

Solution: If you fall into any of the cases above and you are not seeing good performance, try changing to UDP transport mode from Speedify settings.

Problem: Are you in a location with a restrictive network, such as a library, hospital, or even a country with censored Internet? Sometimes these connections will block Speedify from connecting over the normal TCP and UDP connections.

Solution: In this case, Speedify will automatically fall back to using HTTPS. However, sometimes these types of connections will let the TCP and UDP connections through, but throttle them to really slow speeds. In that case, switch Speedify to HTTPS manually.

If you're using Speedify to bond multiple Internet connections, it can do this in three modes: Streaming, Speed, and Redundant. The bonding mode you select can drastically affect the performance you get with Speedify.

Solution: In Streaming mode, Speedify dynamically optimizes streaming traffic from real-time streams, such as Skype, WhatsApp, Zoom, Twitch, etc. Simply put, it actually switches between Speed and Redundant modes (see below), depending on the network conditions. Learn more about how Speedify improves live streams and provides quality of service for this type of activities.

Solution: Speedify will bond multiple Internet connections to give you more speed, regardless of the traffic going through. If you are not getting good combined speeds from Speedify, check the Troubleshooting sections below in this article.

Solution: Redundant mode is focused on minimizing latency and improving the stability of your connection. It will send the same data across multiple connections at the same time, and deliver what arrives first. In Redundant mode, Speedify operates at the speed of your fastest single connection and does not bond connection speeds like in Speed mode. Redundant mode should be used when you have important traffic that you want to make sure gets through - e.g. when reporting from the field.

Here are 3 additional steps and tips that will help you identify issues with slow bonding speeds with Speedify:

Step 1: Verify that all individual connections perform correctly, with and without Speedify. Start testing the speed while running Speedify with one Internet connection at a time. Check that the speeds you are getting with the single connection are what you expect. Sometimes, one particular connection does not perform well over Speedify and that ends up causing an issue with combined speeds.

... and here are 4 tips you should take into account to optimize the performance of your bonding speeds: